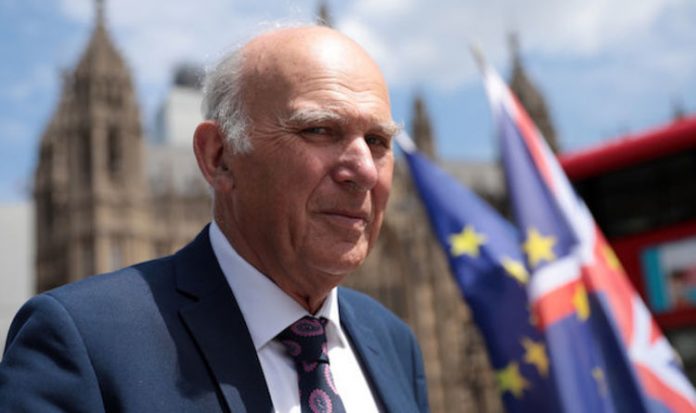 Sir Cable discussed a new “political configuration” over dinner in July with former Blair speech writer and aide Phillip Collins, who was a close ally of the former Labour Prime Minister.

The revelation comes amid speculation around Westminster that one or more new parties could be launched, due to fractions and growing unrest in the main political parties in the Commons.

It is also the likely reason why Sir Cable missed an important Commons vote on Brexit in July.

The Mail on Sunday established the two men met at a dinner last month along with other senior political figures.

Mr Collins, now a columnist for The Sunday Times and an outspoken critic of Mr Corbyn, highlighted that Labour and the Liberal Democrats shared much of the same history and ideology.

Mr Collins has repeatedly urged Labour MPs to “have the guts” to form a breakaway group “before it is too late”.

He wrote: “For the most part, Lib Dems think of themselves as more on the Left than the Right.

“If anything, these days the Lib Dems are more the Labour Party than Labour.

“The trend of British politics makes an alliance between Labour and the Lib Dems a rational proposition.”

In March, Mr Collins called for the “wall of vanity” dividing the two parties to be torn down in order for a new alliance to be forged.

He cited a mutual hatred between the two parties as the main sticking point from preventing a cross party alliance.

Mr Collins said: “There is nobody a Labour activist likes to disparage more than a Liberal Democrat.

“It is the most puzzling and tenacious antipathy in politics. The walls between parties are high and very few ever attempt to scale them.

“Rational co-operation will only ever happen once those walls are torn down.’