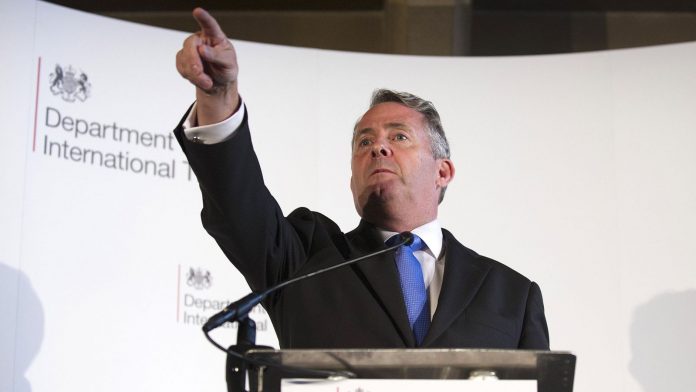 Just over a year ago, Dr Liam Fox declared confidently that a trade deal with the European Union would be “one of the easiest in human history”.

Then last October, the always-bullish international trade secretary was asked if he regretted those comments.

“No, I don’t,” he replied – still confident, apparently.

He probably regrets them now, though, since he will face ridicule for his abrupt U-turn and new prediction that the UK is odds on to crash out of the EU without a deal.

After last month’s Chequers summit, Theresa May’s marathon showdown with her Cabinet’s hardline eurosceptics, Brexiteer Dr Fox was one of the cheerleaders for the deal.

So what has changed? A lot, actually. The Chequers deal has bombed with Tory MPs and activists, including members of the PM’s own association in Maidenhead.

Mr Johnson, meanwhile, is now firmly re-installed as the darling of the Tory grassroots and the hot favourite with the activists to replace Mrs May as party leader and prime minister.

Then there has been the reaction to the Chequers deal from Michel Barnier, accused by Dr Fox in his Sunday Times interview of “intransigence” and of making no deal more likely.

In his lofty, patrician manner and with customary “hauteur”, Mr Barnier picked the Chequers plan apart clause by clause, to the extent that even its biggest fans fear it is now mort dans l’eau.

And that’s one reason why Theresa May was probably wasting her time when she went to the French president’s Riviera retreat and told him Brussels faces a choice between the Chequers deal and no deal.

When I went to Strasbourg for Emmanuel Macron’s address to the European Parliament in April, I was told by senior MEPs that the president and Mr Barnier are extremely close politically.

I was told that the 67-year-old Mr Barnier and the 40-year-old president have a kind of “uncle-nephew” relationship and that the Brussels chief regularly dines at the Elysee Palace in Paris.

As a result, President Macron – probably the EU’s chief powerbroker now that Angela Merkel’s authority is waning – will ensure that his “uncle” succeeds Jean-Claude Juncker as president of the European Commission next year.

No wonder President Macron told Mrs May at Napoleon’s stronghold of Fort Bregancon that he was not willing to break the Brexit deadlock by breaking ranks with the EU’s negotiators.

“There is absolutely no intention to speak in place of Monsieur Barnier,” a French diplomat was reported to have said, confirming the president’s close alignment with Mr Barnier.

And so in spite of Mrs May’s Riviera charm offensive, there has at the same time been a significant change in tone in the government’s Brexit language in recent weeks, as the Chequers plan has faced derision and rejection.

First there has been what Brexiteers claim has been a return of “project fear” scare stories, about stockpiling of food and medicines, lorry gridlock at Dover, long queues at border control and customs and fees for travel visas.

But the biggest change in tone has come in the Foreign Office, where Boris Johnson’s clown-like bluster and looseness with facts and detail have been replaced by the more thoughtful approach of Jeremy Hunt.

Instead of Mr Johnson’s gung-ho and cavalier approach to Brexit, former Remainer Mr Hunt has been deadly serious in his warnings of the risk of “no deal by accident” increasing by the day.

Then last week, Bank of England governor Mark Carney – denounced as “the high priest of Project Fear” by Jacob Rees-Mogg – said the risk of no deal was “uncomfortably high and highly undesirable”.

Are all these dire warnings aimed at putting pressure on Brussels to sign up to a deal? Almost certainly. Will they work? Probably not. But then some hardline Brexiteers on the Tory backbenches have always favoured no deal.

The danger for the prime minister, however, is that the more no deal looks likely the louder the calls from pro-Remain MPs and campaigners for a second referendum – a so-called “people’s vote” – will become.

And that was certainly never in the script of Brexiteers like Liam Fox.

Even the good doctor possibly now accepts it wasn’t meant to be like this.