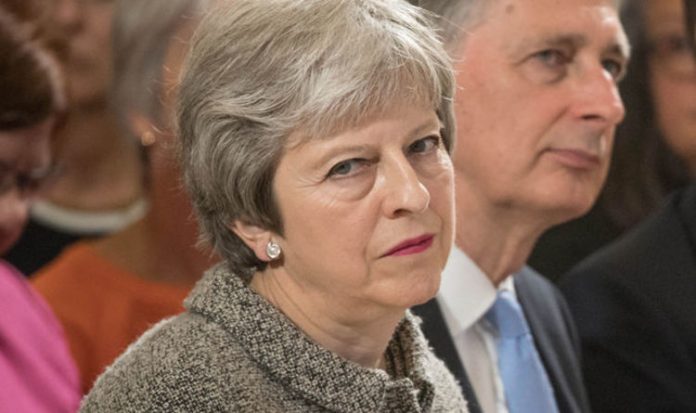 On Thursday afternoon the Chancellor, Mr Hammond released a letter warning that a no-deal Brexit could increase government borrowing by £80bn a year over the next decade.

Mr Hammond’s gloomy predictions emerged only hours after the Government released documents claiming the UK can cope with a no-deal scenario.

Mr Duncan Smith told The Sun: “Any business will tell you if you’re in a position of authority and you spend your whole time telling everybody how rotten things are, then you will deliver a rotten outcome.

“So Philip Hammond has become the Gerald Ratner of politics because he has no faith in his country or in his country’s businesses or the people who live in his country and all he can see around him is disaster.”

Gerald Ratner’s jewellery chain plummeted in value by around half a billion pounds after his unfortunate joke and he was fired from his own company in 1992.

READ  How does a second Brexit referendum actually happen? - UK

“I think Sajid Javid would be a great Chancellor – I think he’s born to be Chancellor.”

Philip Hammond was originally a remainer and since becoming Chancellor he has advocated for ‘soft Brexit’ policies.

He was reportedly toying with the idea of arguing for Britain to remain in the EU’s customs union.

He said: “The Treasury and the chancellor want to undermine Brexit but their incessant scaremongering has led to the self-immolation of their credibility.”

This week Mr Rees-Mogg, who has the backing of around 60 Conservative MPs, called on the prime minister to “chuck Chequers”, the UKs agreed negotiating stance.

If the Chequers plan is scrapped then Theresa May and her Cabinet will be back to the drawing board as the October deadline for agreeing a deal looms.