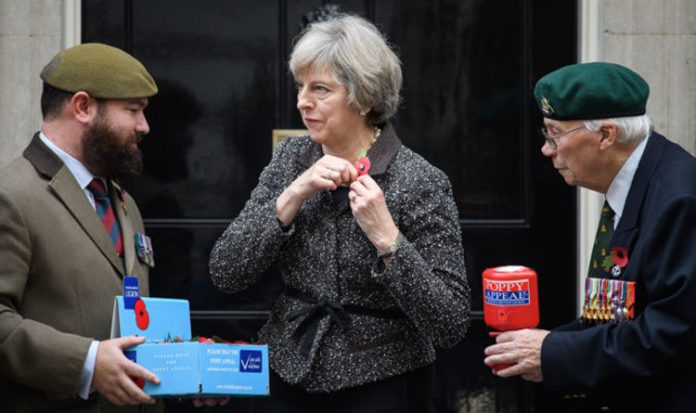 A missive, sent to all Special Forces members of the 30-year troubles, rejects warm words and says the Government has made no commitment to protect veterans from being investigated in an inquiry.

The letter, written by the president of the Special Reconnaissance Regimental Association (SRRA), says: “Despite warm words from CDS, ministers and the PM, we continue to see a huge gulf between words and reality.

“The resources, chiefly legal, and commitment from Government are not tangible as yet.”

Theresa May has publicly supported Northern Ireland veterans and has appeared to suggest her Government will protect British heroes from witch-hunts, which she called “unfair”.

During Prime Minister’s Questions in May 2018, she said: “The only people being investigated for these issues that happened in the past are those in our armed forces or those who served in law enforcement in Northern Ireland.

“That is patently unfair – terrorists are not being investigated. Terrorists should be investigated and that is what the Government want to see.”

However the SRRA, a charity which promotes the welfare of the Special Reconnaissance Regiment, say veterans’ voices are not being heard.

Their letter, which is backed by ex-SAS men, specifically attacks plans for a £150million probe into Army shootings in Northern Ireland.

It reads: “There are those who see it as further opportunity to rewrite history. We don’t accept the proposals.

“We’ve no confidence our members’ interests are being given anything like the consideration and support they require.”

The Special Reconnaissance Regiment, which was formed in 2005, was known as the 14th Intelligence Company (‘The Det’) during the Troubles.

Critics say that excluding British veterans from official investigations into the conflict could be illegal, and may create further difficulties for getting a working devolved government back into operation.