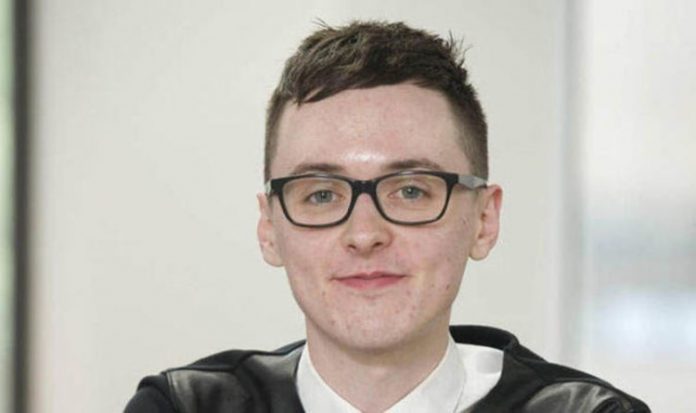 Darren Grimes was hit with a the huge personal fine after the independent body published findings that he and Vote Leave were found to have broken electoral law after the investigation found “significant evidence”.

The 24-year-old has launched his own crowdfunding campaign to pay for the legal fees as he plans to appeal the decision.

He said: “I want to fight the Commission’s verdict. I want to do this for two reasons. One, I think their judgment against me is wrong, terribly unfair and vindictive. Two, I fear that, if we allow the electoral commission to get away with this, they will keep going after those who support Brexit.

“According to expert legal analysis, the Commission are wrong in law, wrong in fact and have been wholly unreasonable. I am very confident that the Appeal Court will overturn their decision – and in doing so will force the Commission to reconsider the way it conducts itself. But I need your help to do it.

“Everything I have seen and been through in the last two years has convinced me that no amount of evidence, no amount of facts will dissuade the Commission from finding me and other Leave campaigners guilty.”

The BeLeave founder Mr Grimes has been fined £20,000, the maximum individual fine limit the Commission can issue.

The organisation published in their findings BeLeave spent more than £675,000 with Aggregate IQ along with Vote Leave.

Mr Grime’s solicitors said in a statement said when he ticked the box to give him him a ‘permitted participant’ status and it was accepted at the Electoral Commission at the time in March 2016.

Darren Grimes has been fined £20 by the Electoral Commission (Image: TIM CLARKE)

James Saunders of Saunders law said: “When the Electoral Commission was deciding in March 2016 who the official referendum campaigners should be, Darren wrote to them as himself/Beleave supporting Vote Leave’s application to be the ‘designated lead campaigner’ for Brexit and applying for ‘permitted participant’ status which he understood was granted.

“He ticked the wrong box on his application to be a ‘permitted participant’ although they didn’t raise that with him as a problem at the time.

“They accepted his full accounts and paperwork in 2016, and have investigated his campaign twice already.”

Mr Grimes launched Crowdfunded page to pay for his lawyer and put forward a legal challenge on Wednesday.

Some donors alleged the Electoral Commission was politically motivated.

Mary, who donated £100, said: “Darren, be brave, be bold, be victorious. You did a great job with BeLeave. I believe your lawyers over the electoral commission. In my opinion the commission is politically motivated.”

Tony, who also donated £100, added: “All of this motivated by pure spite at the referendum result and orchestrated by a mendacious QC no less! Shame on the Electoral Commission for allowing this! Disgraceful.”

Jonathan donated £500 and said: “Good luck Darren. Don’t worry about the fine, if it is not quashed as it should be, we will be around to help, so don’t lose sleep over that, focus on every detail needed to expose the Commission.”

An Electoral Commission spokesman told Express.co.uk that the found the law had been broken and their decision was not made with political views in of the party in mind.

They said: “The laws we enforce were put in place by Parliament to provide voters with transparency and confidence in the system.

“We conducted a thorough and fair investigation and found that the law had been broken and have applied our sanctions accordingly.

“We open investigations where the evidence justifies it, irrespective of the political views of the party or campaigner concerned.

“Between June 2016 and April 2018 we have published details of 38 investigations arising from the EU referendum where offences were found. These include campaigners for both ‘remain’ and ‘leave’ outcomes.”