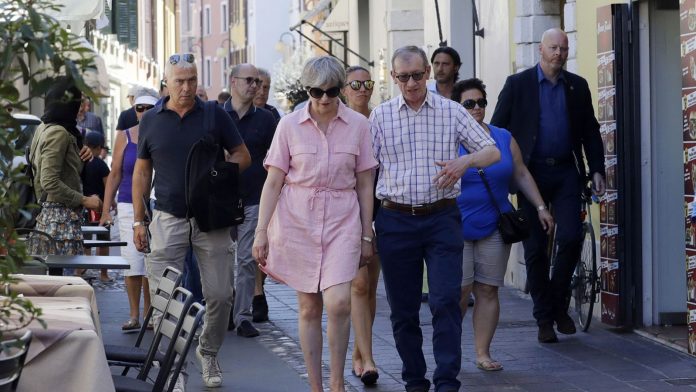 Theresa May has announced that she will spend her summer holidays in Italy and Switzerland this year.

After a year of political turmoil, the prime minister is going away for two separate stints in Europe over the summer.

She will spend one week in Italy with her husband Philip, before returning to work in Downing Street and her constituency as well as attending a First World War memorial marking the battle of Amiens.

Mrs May is also planning to head to Switzerland for two weeks.

The prime minister is known for taking similar European breaks every year.

She spent three weeks last summer in the Swiss mountains, and was also photographed relaxing in Lake Garda.

Mrs May has used holidays to make significant choices in the past – including the notorious decision to call a general election last year, which was made during a walking holiday to Wales.

Before leaving for the trip she will travel to Austria for Brexit talks, as well as meetings with Austrian Chancellor Sebastian Kurz and Czech Prime Minister Andrej Babis.

She will also attend a music festival featuring a performance of the Mozart opera The Magic Flute as a guest of Mr Kurz.