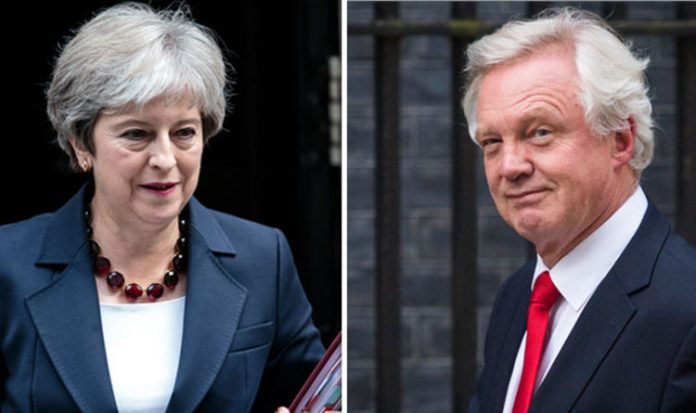 Mr Davis resigned from his role following Theresa May’s Chequers plan, saying the prime minister’s ideas would “almost be worse than staying in the EU”.

His alternative will focus on the case for a Canada-style trade deal, which improves the provisions on security and services.

According to CITY AM, Mr Davis will author a 140-page “Alternative Brexit Plan”, which will be published later this month and will make the case for the new trade deal.

The document reportedly contains proposals for resolving the Irish border issue and is about the need of full regulatory autonomy with control over tariffs and trade deals.

The EU’s Brexit Secretary Michel Barnier has responded positively to the possibility of a Canada-style Brexit deal.

Mr Davis’ resignation came as a blow to Theresa May in July as she was trying to win over Eurosceptic MPs to her Brexit vision.

The former Foreign Secretary Boris Johnson is among the Brexiteers who favour a Canada-style agreement as they believe the model is attractive due to the lack of obligations in return for EU market access.

However, Mrs May has tried to rule out this type of agreement in the past saying: “We can do so much better than this.”

In July, talking about his preferred deal, Mr Davis said: “What we do is take all of the deals that the European Union has struck with Canada, South Korea, South Africa, Switzerland, New Zealand and composite the best bits.

“From both sides, by the way, not just our side.”

As MPs return to Westminster this week following the summer holidays, Mrs May is expected to face more calls to ditch her Chequers plan and replace it in favour of UK membership of the European Economic Area.

Germany has started to prepare for a no-deal Brexit, meanwhile, by hiring new customs staff.