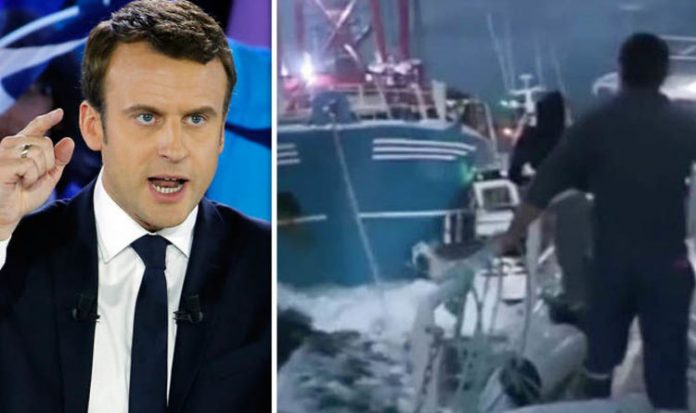 Britain’s junior agriculture and food minister George Eustice said he is hopeful about the support London will receive from France to end the ongoing row between French and UK fishermen.

Speaking to lawmakers on the Commons Environment Committee, he said: “The French authorities are putting additional gendarmerie and additional resources out there to ensure they have the capacity to deal with any further outbreaks.”

Adding he is confident there won’t be violent attacks to the British fleet in the future, he said: “The solution really is to get a voluntary agreement like the one that stood the test of time for the past five years, to get something like that back in place.”

Fishermen across the English Channel have been engaged in a battle dubbed Scallop War over the last week, after on August 29 a fleet of 35 French vessels threw rocks and slurs at five boats flying the British flag.

Shocking footage also shows that fishermen from both sides rammed each other, causing damages to the vessels.

British agriculture and fisheries ministry officials, including Mr Eustice, will meet their French counterparts in London later today in a bid to defuse the row.

According to a statement issued by France’s agriculture ministry, French fishermen want to reach an agreement that allows “vessels from both countries to exploit this resource in a fair manner, based on mutually accepted rules and conscious of the need to preserve the resource”.

Last week’s violent episode took place in the shellfish-rich 40-mile stretch of international water known as Seine Bay, off the coast of Normandy.

France’s fishermen accuse Britons of crippling their possibility to catch scallops by fishing them over the summer, when the French are banned from doing so by national laws to allow scallops to repopulate.

The Scallops War originally broke out in 2012, when French fishermen attempted for the first time to ram British boats.

Britain’s scallop fishing industry provides for 1,200 jobs, and is worth some £120 million a year.

The dispute comes as tensions among British fishermen are at a record high, afraid the government may reach a Brexit agreement that would hurt their industry.

He said: “The level of violence and intimidation pre-meditatively deployed – since there were TV crews there that had obviously been scheduled – was completely unacceptable.

“It is unacceptable from the point of view of navigation. It is also utterly hypocritical.

“For the 40 years, due to the Common Fisheries Policy, France in particular has received 90 percent of the share of fish stocks in the English channel.

“A fleet of French boats predominately do fish six miles from the beaches around Cornwall.

“For the French to kick off as they have over a few British boats exercising their right under common EU policy to fish there is complete hypocrisy.

“If the French and the EU hadn’t robbed us of our own resources on our side of the channel, we wouldn’t have to fish scallop nomadically.”