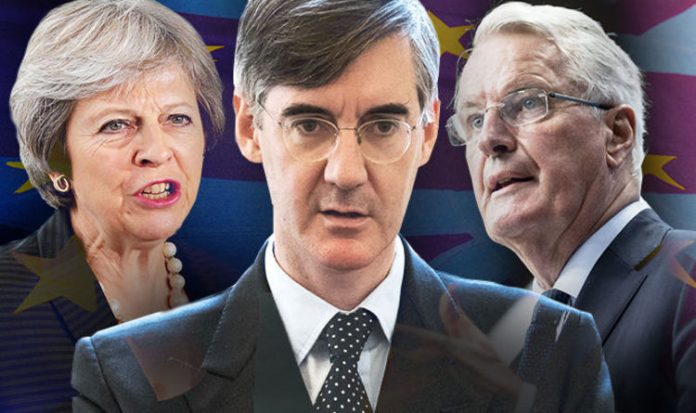 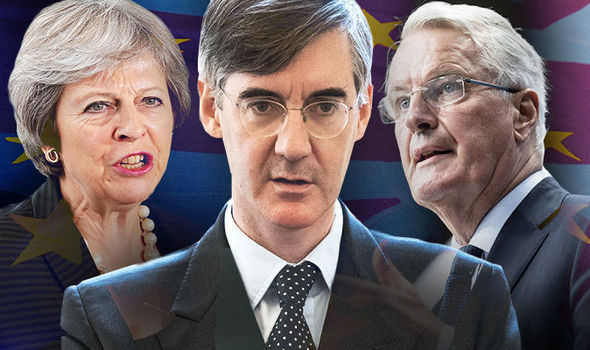 But concerns were raised that the reported offer of keeping Britain in a single market for goods without free movement of people is “a trap” aimed at maintaining Brussels rule in the UK.

According to reports, EU leaders believe that the UK can be persuaded to stay partially under their control if mass immigration can be stopped from the rest of the EU.

So European leaders are supposedly preparing to negotiate a deal that would let Britain remain in the single market for goods while opting out of free movement of people.

While the EU would be breaking its own rules to offer the deal, the price of the deal would be high for the UK which would have to accept all Brussels’ rules on social policy, environmental regulations and customs rules.

This would allow the EU to continue with its project of seizing control of the UK pensions market, benefits and would prevent any meaningful free trade deals with the rest of the world.

EU control of social policy has already given Britain the hugely expensive working time directive that has massively undermined the NHS.

The proposal is an extended version of Theresa May’s controversial Chequers which Boris Johnson warned would turn Britain into an “EU colony” after he resigned as foreign secretary over its adoption.

Tonight, Jacob Rees-Mogg, who heads up the powerful European Research Group (ERG) of pro-Brexit MPs, said: “Remaining in the single market would leave the UK as a vassal state. 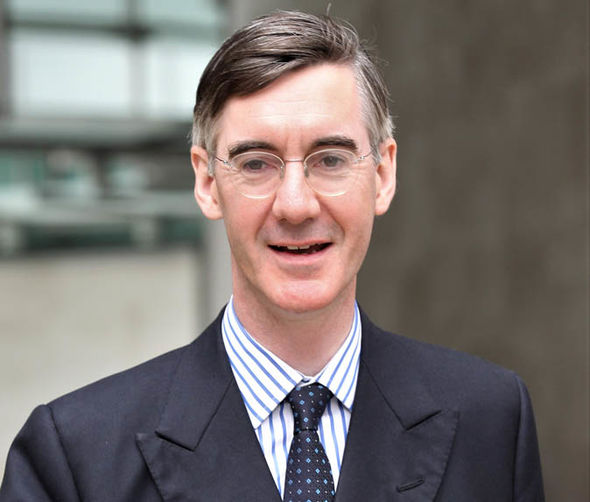 
It would not even provide frictionless borders as that requires membership of the customs union as well. It would from the Government’s point of view be a pitiable failure.

“We would be a rule taker subject de facto to the ECJ and probably as with Norway liable for payments into the EU.

“It would not even provide frictionless borders as that requires membership of the customs union as well. It would from the Government’s point of view be a pitiable failure.”

Former Brexit minister David Jones said: “If this report is true, it shows that EU member states are concerned about the prospect of the UK leaving without a negotiated withdrawal agreement, because they know it would hurt them.

“However, we must not fall for this.

“The so-called ‘Jersey option’ would leave us having to comply with EU standards, staying in the Customs Union and no doubt remaining subject to ECJ jurisdiction.

“That wouldn’t be Brexit and wouldn’t be acceptable to voters. Far better to leave on World Trade Organisation terms and be an independent country again.”

Senior Tory MEP David Campbell Bannerman, a member of the trade committee and European Parliament Brexit steering group, said that EU leaders had “blinked” because they realised that a no deal where Britain went on to World Trade Organisation (WTO) rules would not harm the UK but cause them massive economic damage.

However, the experienced Brussels observer warned that the proposal was “a typical EU trap”. 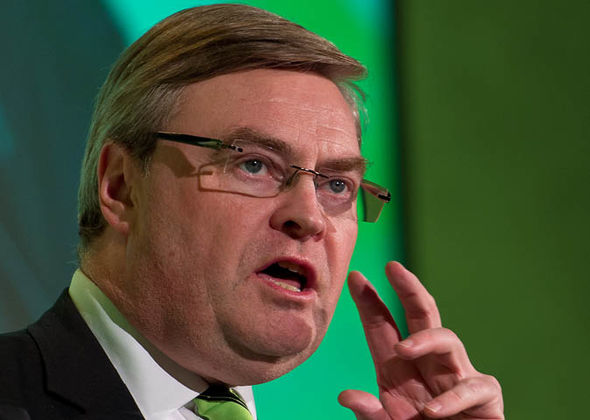 He said: “They know we can and will go on to WTO rules and it will hurt them more so they have blinked.

“But what is being proposed here is completely unacceptable and would be a total disaster.

“Basically, we would be tied to all their rules and regulations and they would use control of social policy to create a single European pensions market and common benefits system among other things.

“This is precisely what we are trying to get away from. It shouldn’t be that hard to become an independent nation state.”

He warned that it was unlikely such a plan would be accepted in the European Parliament because it “compromised” the single market while he would be “surprised” if the Uk parliament accepted it either.

Mr Campbell Bannerman has recently had talks with senior members of EU chief negotiator Michel Barnier’s team and believes that the EU team and Brexiteers are “largely on the same page”.

He said: “We all want a free trade deal not this sort of mess.

“We want what is known as ‘Super Canada’ or ‘Canada plus plus’ which is a version of the free trade deal with Canada but including services. 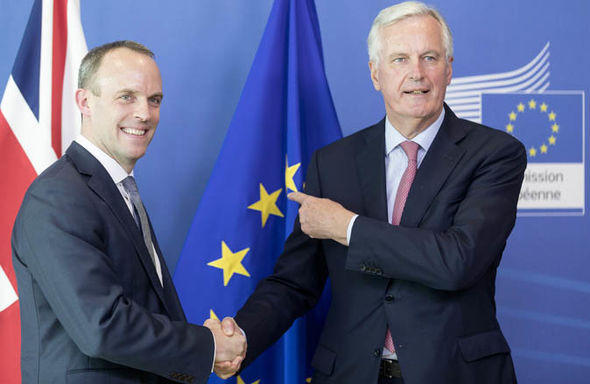 “Barnier and Tusk have offered most of this and that is where we should be negotiating.”

The movement by Brussels comes after a series of reports published in the UK revealed that a World Trade Deal – which is relying on WTO rules – is the “best option” for Britain but terrible for the EU.

READ  Trump gets an education in the art of reversal – (Reports)

Mrs May has consistently promised that “no deal is better than a bad deal” making it clear she is prepared to walk away from talks.

According to work carried out by Professor Patrick Minford, a former adviser to Margaret Thatcher and chairman of Economists for Free Trade, WTO terms would cost EU GDP £500 billion while it would be a bonus to UK GDP of £600 billion. 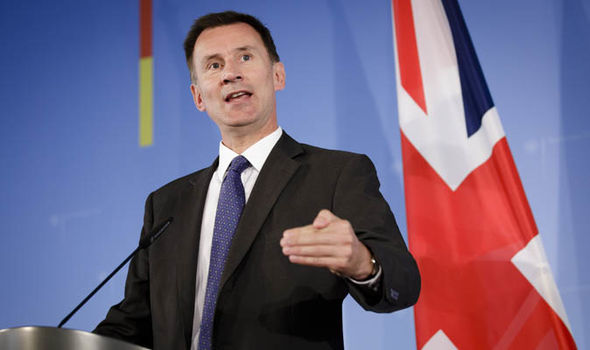 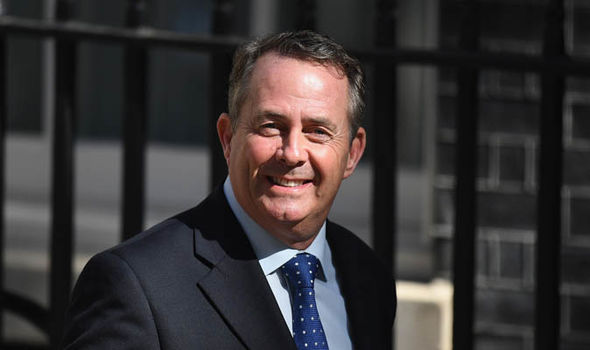 Meanwhile, he estimates that being free of EU red tape and regulations will boost the Treasury coffers by around £80 billion a year.

Another member of Economists for Free Trade, Michael Burrage, recently published a paper which shows that countries dealing with the EU on WTO terms do three times better than EU members and 50 per cent better than those signed up to trade deals.

Confidence in a World Trade Deal also led billionaire City colossus Peter Hargreaves to say he would bet his £3.6 billion fortune on a no trade deal with the EU being the best option.

Pressure has been coming on Mr Barnier to compromise from Eastern European member states who want to ensure a good deal and future relations with Britain.

It is also understood that German Chancellor Angela Merkel is worried about the standoff while Mrs May held a meeting last week with French President Emmanuel Macron to exert pressure on Brussels.

Foreign secretary Jeremy Hunt has toured Europe warning of “an accidental no deal” while international trade secretary Dr Liam Fox said no deal is the most likely outcome. 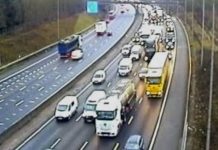 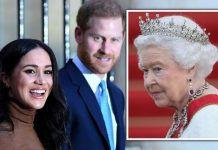 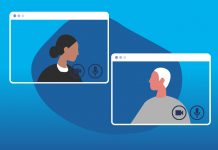