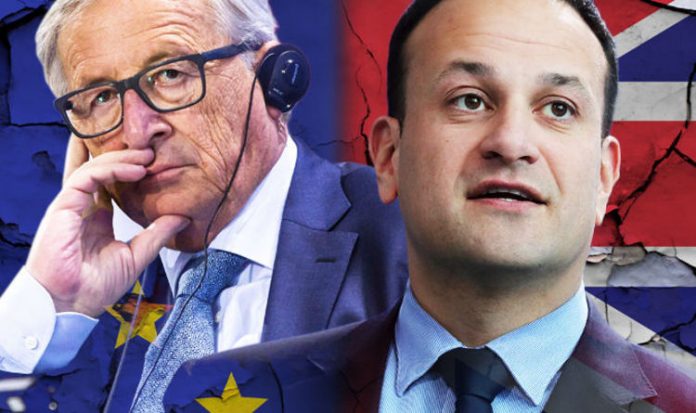 Leo Varadkar said he does not expect any change in the EU’s position over the impending divorce after European leaders gather for an informal summit in Salzburg in Austria tomorrow.

The EU’s chief negotiator Michel Barnier will brief heads of government and Prime Minister Theresa May is likely to put forward her own views.

The informal nature of the event means there will be no draft text or formal conclusions.

The Taoiseach told Ireland’s Dail parliament: “I do not anticipate there will be any change to the EU’s position or any change to our negotiating guidelines.”

European leaders have been urged by the UK to compromise on their Brexit stance on the eve of the major summit.

The Prime Minister will use Wednesday’s gathering in Salzburg to make a direct pitch to fellow leaders to back her divisive Chequers proposals.

Brexit Secretary Dominic Raab said it was time for the “compromises” made by the UK to be “matched on the EU side”.

In a sign that Brexit talks could go to the wire, the European Union is preparing for a final deal to be struck at an emergency summit in November, rather than the scheduled October meeting previously targeted by both sides in the negotiations.

Mr Varadkar added: “It is fair to say that some of the things I have been reading in the British papers, particularly the British-owned papers, are very far off the mark when it comes to the reality of what is going on at the minute with these negotiations.”

The Irish premier said the backstop on the Irish border represented an “insurance policy” which he never hoped to use.

Mr Varadkar was challenged by the leader of Ireland’s Labour Party, Brendan Howlin, about the Common Travel Area, which guarantees free movement of Irish and UK citizens between the two jurisdictions and said the draft Brexit Withdrawal Agreement provided for what the Irish Government needed.

Mr Howlin said the backstop did not represent the entirety of Ireland’s interests.

He claimed: “Brexit could disenfranchise hundreds of thousands of people living in the UK.”

The political leader said the issue should be addressed as a matter of urgency and expressed fears Ireland could be “blind-sided” over Brexit.

The Taoiseach said he would not provide a running commentary on negotiations.

He also said Mr Barnier’s suggestion that the Irish border issue be “de-dramatised” was about trying to move away from language like creating a border in the Irish Sea.

A frontier in the Irish Sea has been strongly opposed by unionists who want to avoid any barrier between Northern Ireland and the rest of the UK.

Mr Varadkar denied any “constitutional move” by the Irish Government to question Northern Ireland’s status as a part of the UK during the Brexit negotiations.