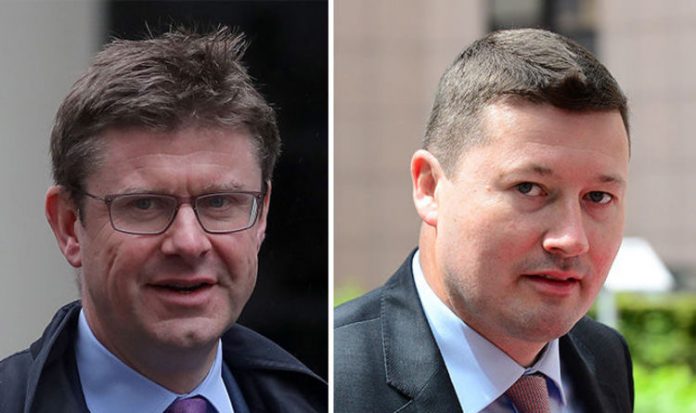 According to The Sun, a Brexit committee will approve the decision to inform businesses to ready plans as early as next week, despite fears they could be spooked into moving work from Britain.

Business Secretary Greg Clarke has warned that this could spread “panic” among firms but given the drawn-out process, ministers believe there is no other choice, as an outline trade deal with European Union negotiators has to be agreed within three months.

HMRC has also warned there is a “systematic risk” because they were yet to speak to around 200,000 firms who may need to submit customs declarations for the first time in the event of a no deal scenario.

Now as uncertainties continue over the stability of the Brexit negotiations, Brussels is urging EU capitals to step up their crisis planning.

According to The Sun, a 15-page document, drawn up by a number of EU officials and led by hardline German Eurocrat and General Secretary of the European Commission Martin Selmayr, is now warning of increased “checks and controls” if Britain can’t strike an exit deal with Brussels.

It warns that such an event could force Brits travelling to the continent to get visas and adds highlights the slow progress being made in negotiations, particularly the issue of a backstop for the Irish border, which is harming talks.

According to a source speaking to The Sun, EU officials fear member states are not taking the risks of a no deal Brexit seriously enough.

The leaked paper says: “Drawing up contingency plans for the worst possible outcome is not a sign of mistrust in the negotiations.

“Although the withdrawal of the UK may appear to be playing out at a very high and rather abstract level, it’s consequences will be very real for citizens, professionals and business operators.”

This latest development comes after International Trade Secretary Liam Fox wanted the EU that a no-deal Brexit would be bad for them and that Prime Minister Theresa May would be “selling this message to our European partners”.

Mr Fox told BBC news: “I think as people begin to absorb the freedoms that we still have in these agreements, I think they will see that this is a deal that the European Union should accept as I have been saying.

“We now need to have a people’s Brexit, not a bureaucrat’s Brexit. We need to talk about the prosperity of the people right across Europe, not what is good for the bureaucrats in Brussels.”