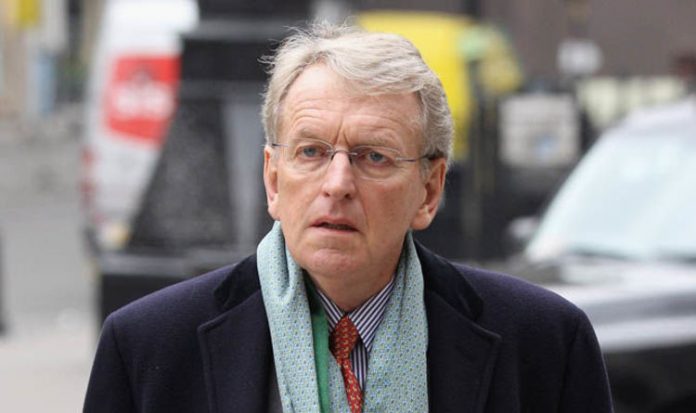 He also expressed his exasperation with the ignorance and aggression of Remainers attacking the World Trade Deal option of relying on World Trade Organisation rules. Comparing their project fear campaign to the infamous Spanish Inquisition.

After a series of scare stories by Remainers, including insulin supplies for diabetics drying up, lorries being trapped for hours at the borders and even sandwiches being taken off the British menu because food will not be imported, Sir Christopher Tweeted out the specific international law which proves they were all fake.

He said: “What’s this tosh about giant lorry parks after ‘no-deal’ Brexit? The WTO Trade Facilitation Agreement (ratified by 136, including EU, states in 2017) mandates seamless, hi-tech practices at the border.

“The World Bank reported in 2016 that 98 percent of border traffic went unchecked.”

The Tweet attracted a high level of abuse from Remain supporting social media trolls deployed to try to bully and intimidate Brexit supporters and drown out comments which reveal that no trade deal with the EU is the best option for Britain.

In response Sir Christopher said: “You know when you’ve got the other side on the run. They take refuge in abuse.

“Trying to get people to grasp that there is merit in the WTO Brexit option is like trying to persuade the 17th century Inquisition that the Earth rotates around the Sun.”

His comments come after the Daily Express has revealed studies which show the World Trade Deal option with no formal trade deal with the EU could be the best solution for Britain.

A paper by Professor Patrick Minford, an adviser to Margaret Thatcher and chairman of Economists for Free Trade, showed that the option means Britain would completely decouple from EU regulations leading to a boost to the Exchequer of £80 billion a year as well as meaning the £39 billion divorce bill would not have to be paid.

Meanwhile, former Harvard fellow Michael Burrage, also from Economists for Free Trade, showed that countries which trade with the EU on WTO terms do three times better than member states.

Yesterday, senior Tory MP Jacob Rees-Mogg, chairman of the pro-Brexit European Research Group, Tweeted in support of Mr Burrage: “WTO terms are much better than remaining shackled to the EU.”