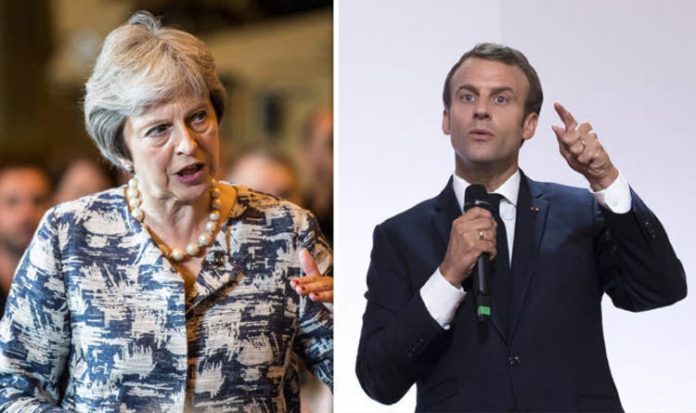 Nathalie Loiseau, the French minister for European affairs, admitted Emmanuel Macron’s government has been stepping up preparations in the event London and Brussels fail to reach an agreement over the UK withdrawal from the EU.

Speaking to BBC Radio 4’s Today programme, the minister depicted a devastating scenario for Europe in case of a no-deal Brexit, speaking of traffic jams in Calais, new tariffs and a decrease in trade with the UK.

Ms Loiseau said: “We would all suffer. The worst would be for the United Kingdom.

“On the day of the United Kingdom leaving the European Union with no deal we should start with new tariffs, controls and that means of course traffic jams in Calais and in each and every European port welcoming goods and people coming from the United Kingdom.

“It would slow down the trade relations between our country and the United Kingdom, as well it would be the same thing for Belgium, for the Netherlands and every entry point to the European Union.”

Despite the minister’s hopes for Brussels and London securing a deal, Ms Loiseau argued being prepared for the worst possible outcome of Brexit talks is “what we owe to our fellow citizens”.

She said: ”But we get prepared for a no-deal because also now we have seen no significant progress regarding the withdrawal agreement which would relieve us from this concern.

“All our ministries are working on what has to be done in the case where there is no deal between the United Kingdom and the European Union.

“No deal meaning that there is no transition period and that it is a brutal, I would say divorce, on the evening of March 29 next year, meaning in a few weeks actually.”

The minister added that the EU would be ready to welcome back to the bloc the UK with the same terms as now if the nation would be willing to reverse the outcome of the EU referendum, when 51.89 percent of the voters supported Leave.

She said: “We have always said that the door would remain open and that we were not the ones who wanted to divorce from the United Kingdom.

The French minister’s comment comes amid raising fears in Brussels Britain could walk away without a deal.

Last week, Martin Selmayr, the Secretary-General of the European Commission, urged all EU members states to step up their no-deal preparations.

And EU Brexit chief negotiator Michel Barnier added: “Even if you want to reach a deal it is also our responsibility to be prepared for all scenarios, including a no deal.

“As the European Council said, we have to step up preparation at all levels for all scenarios.”