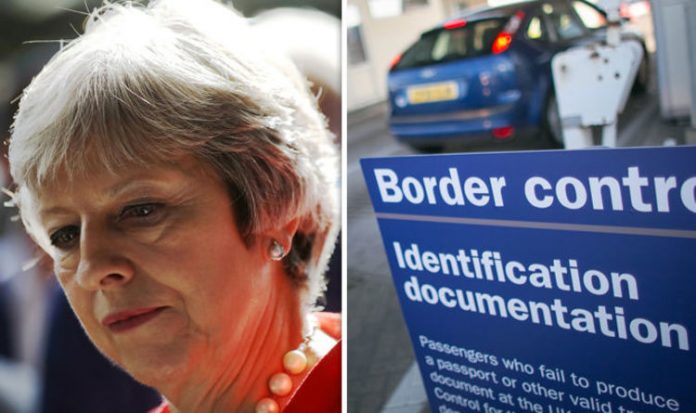 Home Office officials in the government have discussed retaining free movement for EU citizens in the event of a no-deal Brexit.

Border Force officials reportedly met in January to discuss contingency plans for different Brexit outcomes, which include the increasingly likely possibility of the UK leaving the bloc without a deal.

According to the Business Insider, one possibility is that the government will implement “no more checks at the border”.

A Home Office source claimed that the Border Force would have to treat EU citizens preferentially as they do not have the staff available to cope with an increase in the processing of non-European Economic Area (EEA) citizens.

It takes the border force officials 45 seconds to check an EEA citizens’ passport and four minutes for a non-EEA arrival.

This difference has fuelled concern that there could be day long queues at some British airports without an increase in the number of trained immigration officers.

One of the options that is being considered by the officials is one where ministers have to accept there would be a higher security risk and they accept that they would not be able to carry out full security checks on new arrivals.

“All visitors and UK citizens are already subject to 100% passport and identity checks at the border. This will continue in the future either on a deal or no-deal scenario.”

This news comes weeks after the Home Secretary Sajid Javid has insisted that freedom of movement will end after Brexit.

Mr Javid told MPs that the government is not planning for EU workers to have an “automatic” right to take up employment in the UK.

Appearing at the Commons Home Affairs committee, Mr Javid said: “There will be a complete, total end to freedom of movement.