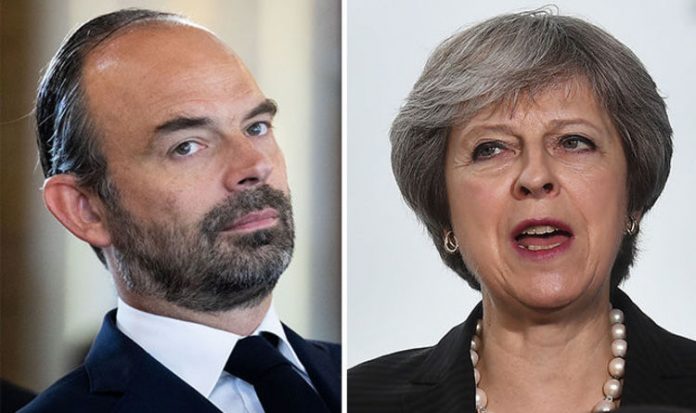 His office said in a statement that France remains hopeful that Britain will strike a deal with the European Union on its divorce from the bloc but needs to be prepared if a no-deal Brexit scenario presents itself.

The statement said that in a government meeting to discuss this, the Prime Minister had “tasked ministers to prepare contingency measures that would be necessary, to mitigate the difficulties linked with this unprecedented challenge”.

These measures would include making it easier for British citizens currently living in France to remain there and ensuring smoother and more efficient border controls.

The French government will ask its Parliament in the coming weeks to allow it to adopt them by decree.

The statement also said that France will also need to take measures in the event that Britain agrees a deal with the EU on its exit from the doc, but provided no further detail on this.

The release of the statement on the need for ministers to plan for a no-deal scenario comes just hours after Emmanuel Macron warned that preserving EU unity is more important than forging a post-Brexit trade deal with Britain.

During a speech to French ambassadors at the Elysee Palace earlier on Monday, the French President said: “Brexit is a sovereign choice, which we must respect.

“But it can’t come at the expense of the European Union’s integrity.

“France wants to maintain a strong, special relationship with London, but not if the cost is the EU’s unravelling.

“We will have to build a strategic partnership with the United Kingdom but the priority is rebuilding the EU.

It’s the latest indication that the French President, a staunch Europhile, is showing no sign of softening his hardline stance on Brexit.

His comments are likely to infuriate Theresa May, who held one-on-one walks with Mr Macron in France earlier this month.

Mr Macron’s remarks also came as the Prime Minister prepared to fly to Africa in an attempt to strike post-Brexit trade deals with emerging economies.

Mrs May will visit South Africa, Nigeria and Kenya as she makes her first trip to the continent since becoming Prime Minister in 2016.

The Prime Minister said her aim was to “deepen and strengthen” partnerships around the world as the UK prepares to leave the EU.

She will arrive back in the UK just days before Parliament’s summer recess ends, setting up a House of Commons showdown over Brexit.