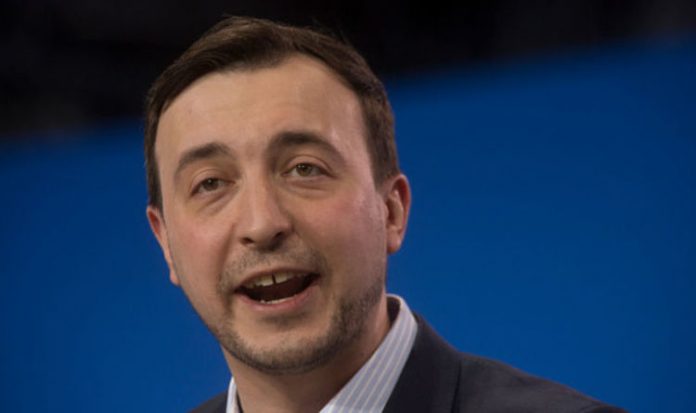 The group, also known as the Junge Union and for campaigning in favour of Brussels on behalf of Germany’s young people, argue that as many young Britons voted Remain in the 2016 EU referendum the nation should be automatically re-admitted back into bloc in 2035.

Though he was unable to explain why the year 2035 was so significant in the group’s plot, youth leader Paul Ziemiak did explain that Britain’s proposed re-entry back into the EU was to “correct” the decision of the 51.9 percent that voted Leave.

Mr Ziemiak, who called his campaign ‘Brit-In’, said: “Our goal is a re-entry of Great Britain in 2035.

“In polls less than a quarter of 18 to 24-year-old British people were in favour of an exit of Great Britain from the EU.”

He added that because of the low votes for Brexit by Britain’s younger voters, that qualifies as a reason for the entire nation to be re-shackled to Brussels.

Figures show 73 percent of people under 24 voted to remain in the EU during the June 2016 referendum.

But the same data shows just 36 percent of those in that age bracket voted, meaning 36 percent did not bother.

The Young Union believes Brexit would have triggered the creation of pro-EU youth groups in the UK.

The Young Union was established in 1947 and their headquarters are in Berlin.

Mr Ziemiak, 33, is a Polish-born politician and became chairman of the Young Union in 2012.

Britain’s official exit from the EU is now just six months away in March 2019.

European Commission president Jean-Claude Juncker said in January that he hoped Britain would apply to rejoin the EU at some point.