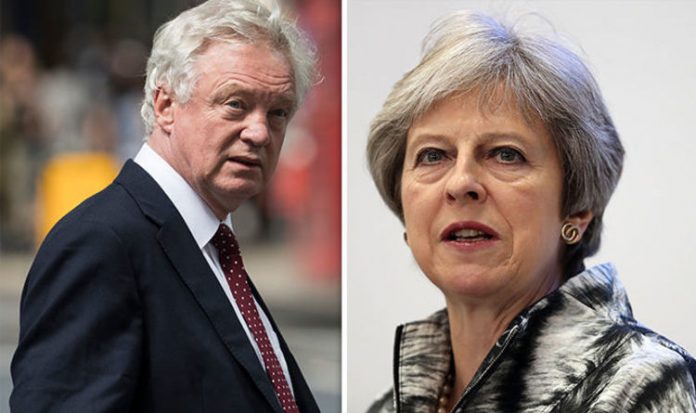 The MP for Haltemprice and Howden – one of the safest electoral seats in the UK – stood down from Government last week, days after Theresa May called ministers to desperate crunch talks at Chequers.

Mr Davis told BBC’s Newsnight: “I made a decision which was based on a difference of principle.

“I was the Secretary of State responsible for exiting the European Union, the policy being put forward was one that I did not believe in.

He said the electorate would rather a politician who stood up for their own beliefs, rather than one who tried to support a policy they thought was wrong.

Mr Davis continued: “Do you think the electorate would expect me to do something I thought was wrong?

“That strikes me as entirely implausible.

Mr Davis said he had several discussions with the Prime Minister about the approach of her Chequers plan, but once it became clear that she wasn’t going to budge, he thought his position was untenable.

He added: “If you’ve got a policy you really have to believe in it, and I really didn’t believe in this, what else did you expect me to do?

“There were lots of discussions that went before and it didn’t change the line.

Mr Davis’ resignation was the first in a long line of Government departures over the Chequers soft Brexit plans, and they came to include former Foreign Secretary Boris Johnson.

So far ten ministers have quit since the meeting ten days ago.