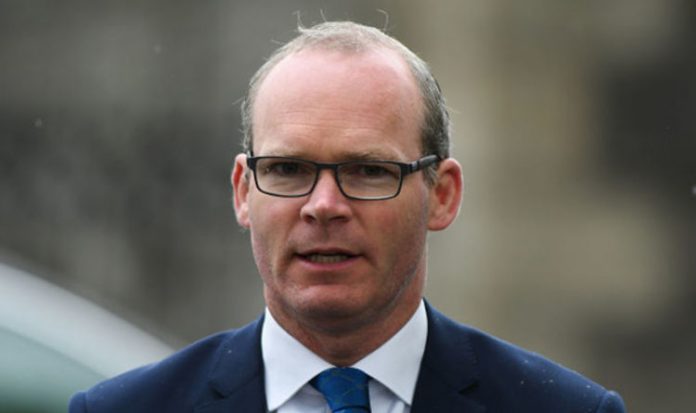 The Republic of Ireland’s tánaiste (deputy prime minister) Simon Coveney urged Mrs May to speed up Brexit talks just hours after she was handed letters of resignation by her Brexit Secretary and Foreign Secretary.

While the Irish government dismissed the resignations as important, saying they would continue to negotiate with Mrs May herself, Mr Coveney’s comments will merely add to Mrs May’s growing Brexit headache.

He welcomed progress made at last Friday’s Chequers meeting but pointedly issued a reminder to Mrs May of her race against time to secure an exit deal with the EU.

Mr Coveney said: “There really is only about eight weeks of negotiations left and so from what I’ve said and from what the Taoiseach said, the repositioning of the United Kingdom from the Chequers meeting on Friday is welcome.

“I don’t think we should be distracted now by some of the political challenges that are going on at Westminister.”

She said: “Our sole priority is the protection of Irish interests north and south.

“The civil war within the Tory Party is a matter for the Tories, and let no-one imagine that Ireland will be the collateral damage for the Tory Brexit or for that matter that we will pick up the tab for the Tory civil war.”

Ms McDonald also warned that the UK should not “persist with a strategy that is about brinkmanship” and referenced the Good Friday Agreement, also known as the Belfast Agreement, a major political development in the northern Ireland peace process of the 1990s.

She said: “We need an answer to the Irish question, Europe has provided that answer by way of the Irish protocol.

“Mrs May seems still to be at sixes and sevens and is causing confusion in terms of what her and her Government’s position is.”

She added: “They say they are leaving the customs union and the single market, we know that the stated objectives of protecting the Good Friday Agreement, avoiding a hardening of the border, protecting citizens’ rights, demands that specific arrangements are agreed for the north of Ireland.