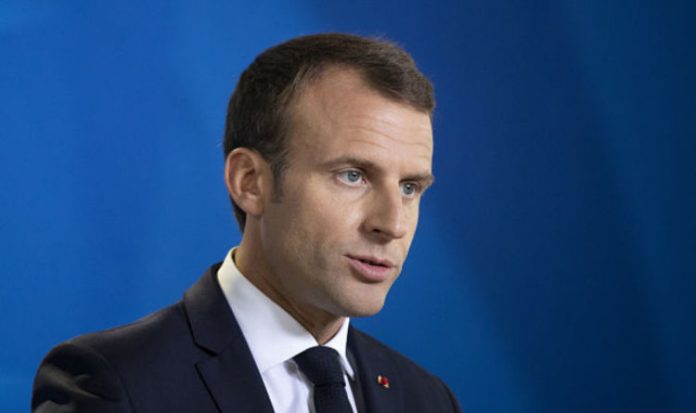 The move – signed by Theresa May a month ago – is a direct consequence of the Prime Minister’s White Paper ambitions to stay closely tied to Brussels after Britain’s departure from the bloc next March.

The idea for an army outside of Nato was launched and campaigned by Mr Macron at a time of doubt over US President Donald Trump’s commitment to the alliance, The Times reports.

Mr Macron sees Britain’s involvement in the army as integral as Germany, also part of the joint military cluster, has shown little financial commitment to it.

Though exactly how much cash the UK has invested in it remains unknown.

Also on board is Portugal, Belgium, Estonia, Denmark, Spain and the Netherlands, with the plan being a quick-fire provision of forces from each nation to intervene in terrorism in Europe.

Benjamin Hautecouverture at the Foundation for Strategic Research in Paris said: “Brexit could be an opportunity to anchor the interests of the United Kingdom to those of the European continent.”

Britain and France are pooling their aircraft carriers and sharing yet-to-be-named jet fighters and nuclear missiles to establish the army.

Mrs May is counting on Emmanuel Macron to share security intelligence in the “special relationship” she hopes to secure with the EU in her White Paper.

But Mr Macron is said to be keeping his options open.

Yesterday, Mrs May lost Brexiters David Davis and Boris Johnson as a result of pushing ahead with her White Paper.

The paper, which she insisted “absolutely keeps faith with the vote of the British people”, keeps Britain partnered with the EU closely on trade.

Both Maria Caulfield and Ben Bradley walked out as vice-chairs of the Tory party over Theresa May’s proposed Brexit deal.

Their resignations came just hours after chief EU Brexit negotiator Michael Barnier declared 80 percent of the deal with the EU has already been agreed.