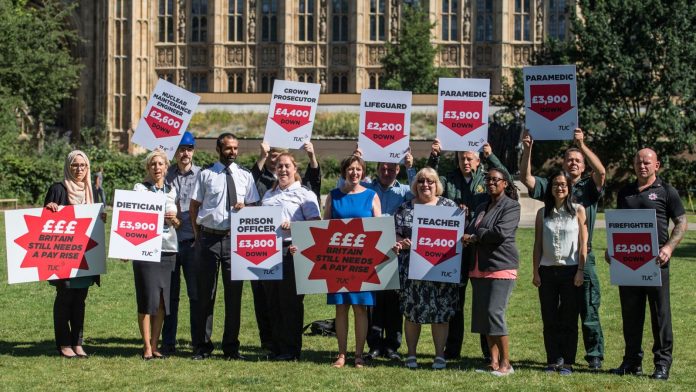 A million public sector workers are to get a pay rise believed to be between 1.5% and 3.5%.

The abandonment of the 1% pay cap after six years will be good news for the armed forces, teachers, doctors, prison officers, police and dentists.

A Whitehall source was quoted in The Sun as saying: “Our outstanding public servants work hard for us all – that’s why we’re announcing new pay awards.”

The pay rises are expected to be announced in the Commons later today.

However, it is understood that the extra money has come from departmental savings, rather than extra funds, meaning frontline services could be at risk.

The news comes after NHS workers got a 6.5% pay rise over three years in March.

The government has come under consistent pressure to address public sector pay, with many experts blaming it for problems recruiting and retaining staff.

Meanwhile, members of the country’s largest civil service union backed strikes over pay but failed to meet the required turnout of 50%.

Some 85% of those who voted backed the industrial action – but only 41% voted.

Public and Commercial Services union general secretary Mark Serwotka said: “Our members have delivered a huge yes vote for strike action and will feel palpable anger at not being able to exercise their democratic right to withdraw their labour.”