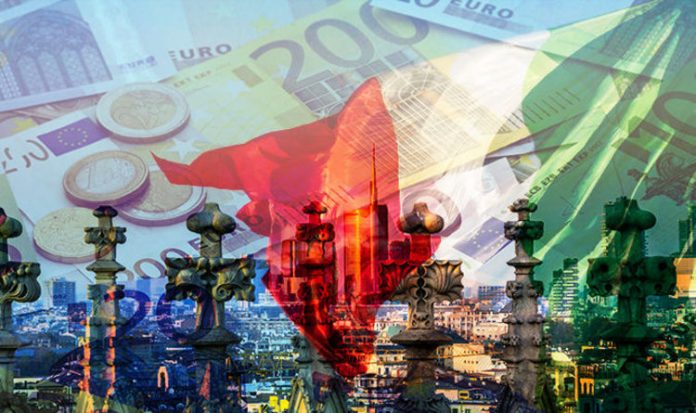 Since former Prime Minister David Cameron first announced there would be an EU referendum, Italian lawyer and business mogul Bepi Pezzulli has been working his socks off to get his fellow civilians to approach UK companies for opportunities after Brexit.

The ambitious Italian has even published a thesis on it, where he encourages Italian businesses to poach UK firms before Britain leaves the bloc next March in order to replace London – the financial capital of Europe – with Milan.

Business Insider Italia reports: “These new geopolitical structures, Pezzulli argues, constitute a unique opportunity that Italy must be able to seize to reform its economy.

“Rome, taking advantage of Brexit, can acquire a role of influence in the governance of the European Union and build strong bilateral relations with London.”

Italy is more “tolerant” of Germany and German businesses than Britain, according to Mr Pezzulli.

He thinks Britons and British businesses fret over the impact of Germany on the rest of the EU and that their influence over Brussels has resulted in an “imbalance” of Europe.

The publication reports: “The author’s thesis goes against the traditional reading offered by the media, especially the Italian one: according to Pezzulli, the exit of the United Kingdom from the EU is the result of a long process studied years in advance and prepared with strategic mastery.

“The ones to make it possible, according to the author, were a Eurosceptic fringe well positioned in British institutions, worried about the overly predominant role of Germany in the EU, and the British hedge funds, worried about the imbalances in the commercial balance of Europe.”

The publication added: “According to Pezzulli, the basis for the Brexit victory is the British intolerance for a European Union perceived more and more as pan-Germanic and the fear that the surplus of the German economy and the tightening of regulations on European banks and investment would jeopardise the profitability of the London companies.”

According to the publication, Mr Pezzulli is confident Britain will be prosperous post-Brexit if the nation pursues close links with Asian powers China and Saudi Arabia.

Mr Pezzulli warns though, that Italy’s justice system needs a reform and coalition leaders Mattao Salvini and Luigi di Maio must work in harmony before Milan can swoop in and take advantage.