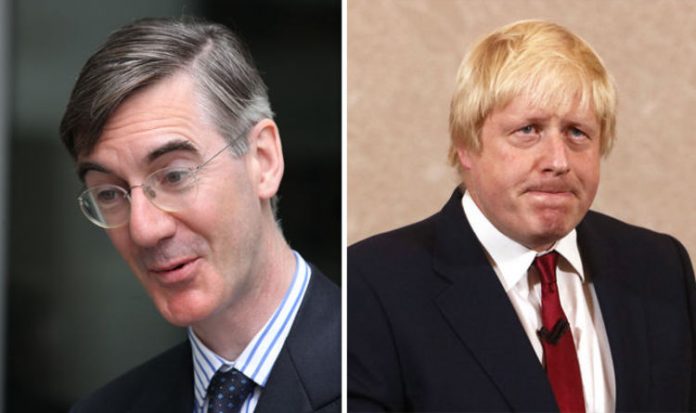 The MP for North East Somerset praised the pair for their “courage in giving up their Cabinet seats” earlier this week.

He accused the Prime Minister of u-turning on “her commitment that Brexit means Brexit,” and said Davis and Johnson are “standing up” for Brexit voters.

Mr Rees-Mogg added: “The pair enjoy much warm support not only on the back benches, but in the country at large for standing up for what the Conservatives promised voters in their manifesto.”

The former Brexit Secretary and Foreign Secretary both stepped down from the front bench on Monday following Theresa May’s Chequers summit on Brexit last Friday.

As he resigned his great office of state, Mr Johnson said the British people have been betrayed on Brexit.

The backbencher also accused the Prime Minister of weakening Britain’s position on the world stage with her proposals by turning the UK into “a rule taker, rather than a rule maker”.

He also said people should not trust any suggestions that the Tory party stand behind her.

The Brexiteer continued: “Back during the Lancaster House speech, you will recall Mrs May was clear that she did not want some ‘half in, half out’ system.

“Alas, her Chequers deal flatly contradicts this, leaving Britain as a rule taker, rather than a rule maker.”

The Conservative leader met with her backbenchers just hours after two of her top team resigned, but Mr Rees – Mogg does not trust their optimism.

Writing in The Sun, he said: “The 1922 Committee of Tory backbench MPs gave the Prime Minister a rousing reception on Monday night.

“Yet it is delusional to think that ­sycophantic questions at the meeting are indicative of the mood of the party.”

He concluded: “The committee always cheers the Prime Minister, before people go outside afterwards, ­huddling together and saying how badly things are going. Monday was no exception.

“Anybody who trusts cheers from the committee should ­remember the standing ovations Iain Duncan Smith got at the Tory Party conference three weeks before he left office.” 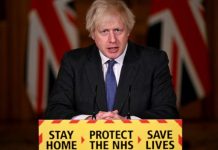