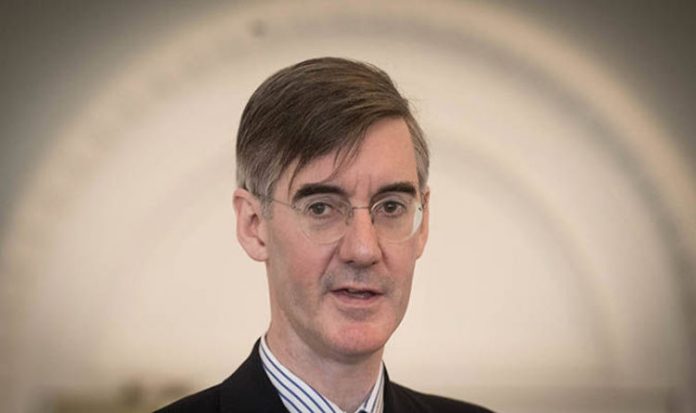 Mr Rees-Mogg also warned that the common rulebook proposal could make “trade deals almost impossible” if it meant regulations had to apply to any goods coming in to the UK.

He added that “it is possible that this deal is worse” than a “no-deal” Brexit and dismissed the prospect of a “soft-boiled Brexit”.

Mr Rees-Mogg added: “As with eggs: An egg that is very softly boiled isn’t boiled at all.

“A very soft Brexit means that we haven’t left, we are simply a rule-taker.

“That is not something that this country voted for, it is not what the Prime Minister promised.

“The Prime Minister will, I’m sure, stick to her word – that is crucially important – but I will certainly stick to the Conservatives’ manifesto commitments and will not vote for something that doesn’t deliver Brexit.”

Mrs May now has to convince MPs and the EU that her 12-point manifesto is a a viable proposal.

Following the manifesto’s publication, a Conservative Party leadership challenge could be launched by disgruntled Leave MPs furious at what they see as a soft Brexit option.

The PM faces a battle to win over Tory Eurosceptics after putting forward plans for Brexit that would keep the UK closely tied to Brussels.

The plan, which will be assessed by the European Union, would result in the creation of a new UK-EU free trade area for goods, with a “common rulebook”.

A new “facilitated customs arrangement” would remove the need for checks and controls by treating the UK and EU as if they were a “combined customs territory”.

The Prime Minister managed to secure agreement with her Cabinet, including Brexiteer members, after the marathon session of talks at Chequers on Friday.