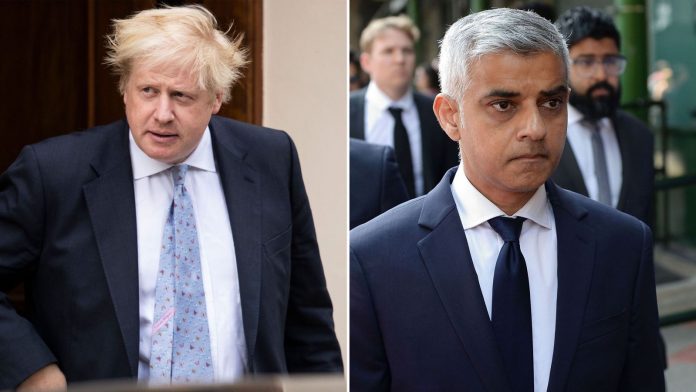 Mr Johnson said Sadiq Khan had been blaming “everyone but himself” for the rising number of knife attacks in the capital.

Writing in The Daily Telegraph, he said: “It is tragic that so many young lives are again being lost on the pavements of our capital.

“But for my money there is a further outrage – and that is the abject failure of the Mayor of London either to grip the problem, or even to take responsibility.”

He added: “He [Mr Khan] blames everyone but himself, when it is his paramount duty to keep Londoners safe.”

Mr Johnson, who recently stood down as foreign secretary, said it was a “scandal” that London’s murder rate had been higher than New York earlier this year.

Stop and search powers for police “make a difference”, he said, adding that it was a “serious mistake” for the Home Office to move away from them in 2015.

In June, Mr Khan said: “Every death on our streets is an utter tragedy, leaving families, friends and communities devastated.

“The level of knife crime across our country, including London, is simply unacceptable.

“We’re doing everything we can in City Hall to tackle this scourge.”

He blamed government cuts to police funding that had “hit our city harder than anywhere else in the UK”.

“I make no apologies for relentlessly pushing the government to understand that cuts have consequences and that our police service desperately need more funding right now.”

In May 2016, Mr Johnson left office and was succeeded by Mr Khan.