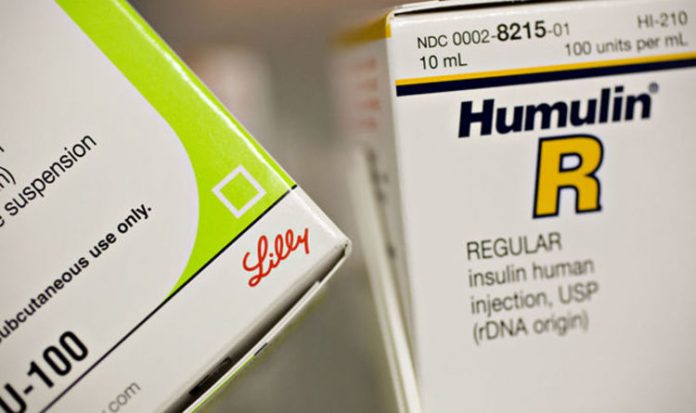 A no deal Brexit would have far-reaching implications across the UK, with technology, food and pharmaceutical supplies potentially halted in the process.

There are everyday items made in the EU and imported to the UK that would be inaccessible with no deal upon exiting the European Union.

Should Brexit happen on March 29 with no deal struck, there “would be disruption on a pretty epic scale, at least for a number of weeks,” Ian Wright of the Food and Drink Federation told The Guardian.

“If this does go wrong, we would see a very speedy erosion of choice.”

As well as imports, exports would be blocked.

One example of this is meat – as British meat would need to have a certification from an EU classified association.

This could cause havoc in the meat industry in the UK.

Why are pharmaceutical companies stockpiling drugs?

One of the main drugs that are almost entirely imported from the EU is insulin.

French pharmaceutical company Sanofi, who provide insulin to the UK, have had to introduce measures in case a no deal Brexit goes ahead.

Hugo Fry, managing director at Sanofi UK said: “The uncertainty in the Brexit negotiations means that Sanofi has been planning for a ‘no deal’ scenario

“Patient safety is our main priority and we have made arrangements for additional warehouse capacity in order to stockpile our products, where global supply allows, in the UK and increase UK-based resource to prepare for any changes to customs or regulatory processes,”

Also preparing for the possibility of a no deal Brexit are Swiss pharmaceutical company Novartis.

A statement issued by the company told of their plans to increase medicine in the UK: ”Alongside most other pharmaceutical companies, Novartis is preparing for the possibility of a no-deal Brexit.

“We are planning to hold increased inventories across our portfolio of medicines from both Novartis and Sandoz.”

“Novartis has been in close consultation with the UK government about Brexit-related issues since before the 2016 referendum, both directly and via industry associations.

“We have apprised officials of our preparedness plans and status, including plans to increase our UK inventory holding,” it added.

Sanofi also told the BBC they had written to Health Secretary Matt Hancock.

Mr Hancock last week told of how NHS England were preparing to stockpile medicine and blood in case of a no deal Brexit.

He told the Health Select Committee that options were being thought up in the health department for stockpiling.