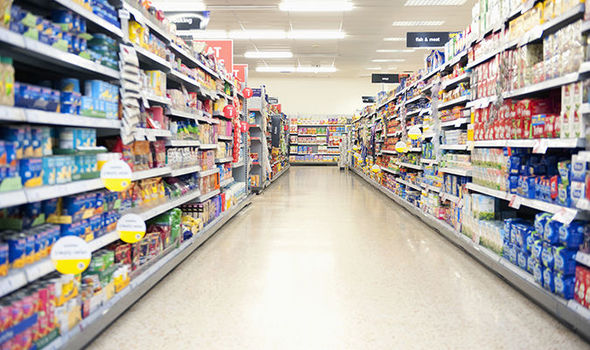 Our supermarkets could be losing some key products after Brexit (Image: GETTY)

Fears of a no deal Brexit are causing people to panic about their food supply as 40 percent of fresh produce like fruit and vegetables consumed in the UK comes from the EU.

Overall, the UK only produces half of what it eats and should no deal be struck by the March 29 deadline, the UK could be hit by shortages.

On the opposing side, exports will be severely hampered as British meat cannot enter the rest of Europe without a certification from an EU approved national body.

Post-Brexit, the UK will no longer abide by the EU’s rules, meaning that without a deal there will be no approval for exports.

Can food come from countries outside the EU instead? It could, but given the distance from non-EU countries to the UK, food transported such long distances will go off.

What should you stockpile in case of a no deal Brexit?

There are plenty of British made staples such as flour, oats, lentils, sugar, salt, vinegar and mustard.

However, the foods we’ve become so accustomed to from the EU will be harder to replicate.

Olive oil, pepper, pasta and rice are just a few items we get from EU countries that would need to be stored up should a no deal Brexit go ahead.

Any spices, chilli, anchovies or tomatoes (in tins or pastes) will also be needed for flavour.

Beans – Kidney, butter, black – chickpeas and tinned fish would have to be stockpiled too.

The UK does have the environment to be able to grow food too – so buying your own seeds could be one way to get your EU grown foods.

However, the space to grow all the food on an industrial scale is lacking in Britain.

More than two-thirds of the land needed to produce the UK’s food and feed is based abroad,

“There isn’t warehousing space in this country,” Ian Wright of the Food and Drink Federation, which represents the interests of UK manufacturers, told the Guardian.

“There doesn’t need to be, because companies do not hold huge inventories. It’s massively financially inefficient to do so. 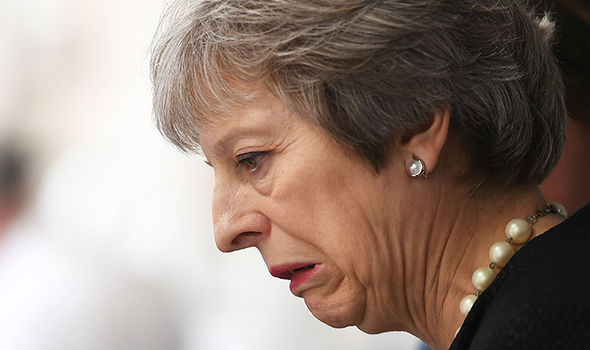 Theresa May is diabetic, and insulin is made almost entirely outside the UK (Image: GETTY) 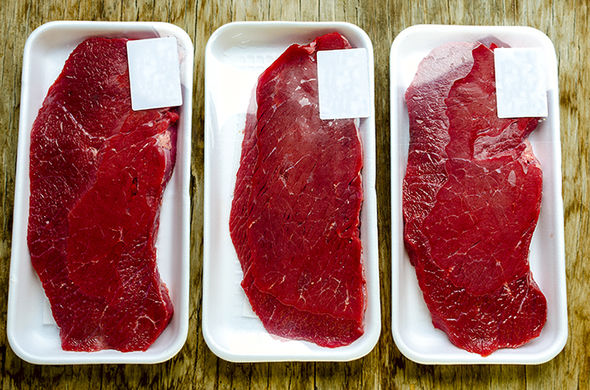 British meat would need a special certification to be exported (Image: GETTY)

“You need only one unexpected shock in the supply chain and you’ve got no product very quickly.”

For those with medical conditions such as diabetes, one major concern is that all insulin available in the UK is made overseas.

“We make no insulin in the UK. We import every drop of it. You can’t transport insulin around ordinarily because it must be temperature-controlled.

“And there are 3.5 million people [with diabetes, some of whom] rely on insulin, not least the Prime Minister.”

French pharmaceutical company Sanofi has been organising their insulin supplies in case of a no deal.

Hugo Fry, managing director at Sanofi UK said: “The uncertainty in the Brexit negotiations means that Sanofi has been planning for a ‘no deal’ scenario.”

This is in line with recommendations by the European Federation of Pharmaceutical Industries and Associations.

Mr Fry said: “Patient safety is our main priority and we have made arrangements for additional warehouse capacity in order to stockpile our products, where global supply allows, in the UK and increase UK-based resource to prepare for any changes to customs or regulatory processes.”

Mechanics are also under threat, with aeroplane manufacturer Airbus stating they may have to build supplies ahead of time/.

UK car maker Rolls-Royce has also warned about it may need to begin stockpiling parts.