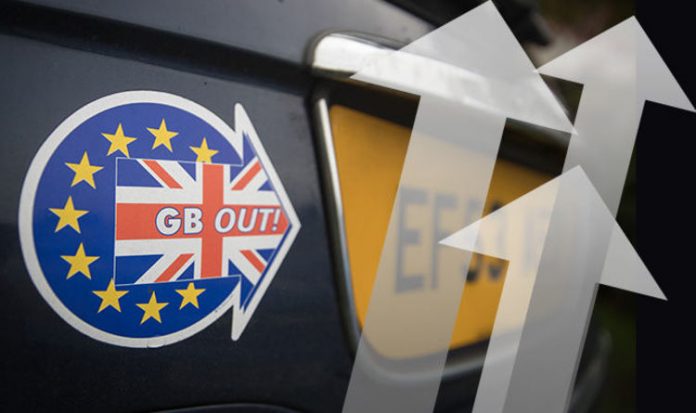 The latest NatCen British Social Attitudes Survey questioned 3,988 at the end of last year on what they believe it is like to live in Britain and how they think the country is run.

More than two thirds (36 percent) of interviewees now want to leave the EU – which is up from 22 percent in the research from 2015.

The rise in support for leaving the EU has not been accompanied by increased concern about the implications of EU membership or greater optimism about the consequences of exiting the bloc, the research found.

But the proportion who agree that membership of the EU undermines Britain’s “distinctive identity” has fallen from 47 percent in 2015 to 41 percent now, while just 31 percent felt “strongly European” – up six points on 2015.

However, less than half felt the economy will be worse off as a result of leaving the EU, slightly above the 40 percent who held that view two years ago.

But Brexit is also deepening divides along age and education, with half of those aged over 55 and 54 percent of those with no formal qualifications wanting to leave the EU.

NatCen Head of Public Attitudes Roger Harding said: “Despite our internal battles over Brexit, our trust in each other is at the highest level in nearly two decades, and in these times of economic uncertainty want the Government to protect families on low wages.

“There is little mistaking how politically divided we are between the young and more formally educated who want a close relationship with the EU and see more benefits in immigration, and older people and those with few qualifications who take the complete opposite view.

“But despite all the talk of divides, the majority of us want more action on low pay and fear the damage on people’s lives of any further benefit cuts.”

It is the second major Brexit poll in the past 24 hours after it was revealed voter approval of Theresa May’s handling of negotiations fell to just 29 percent, according to the latest monthly survey – the lowest since it started running in November 2016.

The latest Brexit tracker from ORB International, which quizzed 2,000 adults, revealed 56 percent of voters are not confident the Prime Minister would get the right exit deal.

Just 26 percent believed she would get the right deal, while the remaining 18 percent were undecided.