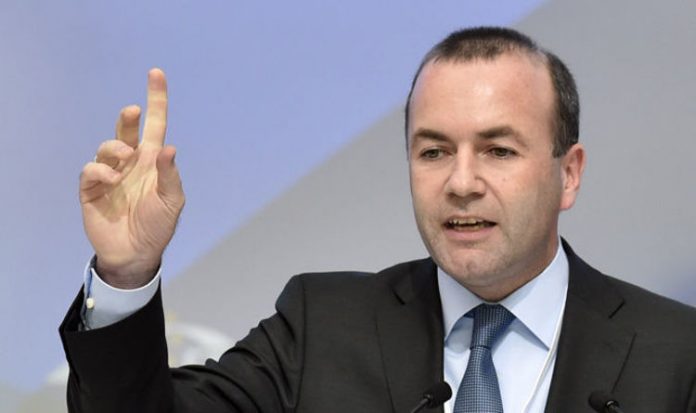 The German Member of the European Parliament said he believed a hard Brexit would be likely as he warned the EU “will not agree” to Britain contradicting the rules of the Brussels single market.

Mr Weber, chairman of the European People’s Party group, predicted “autumn will be intense” as the EU’s Brexit negotiations with London are expected to be finalised in October.

Mr Weber has been an outspoken critic of Britain ever since the nation voted to unshackle itself from the bloc two years ago.

The influential euro MP, who is head of the largest grouping in the EU Parliament, previously accused the UK of wanting to have its cake and eat it over Single Market access.

He also called for the UK Government to decide once and for all whether it wants to properly leave the EU or stay inside it.

Speaking to German newspaper Die Welt, the influential politician, who is a close ally of Angela Merkel, said the European Parliament elections in May 2019 could “turn into a fateful vote”.

He said it would be about whether there will be “a majority of constructive factions, or whether populists and extremists will have the say” in the EU Parliament.

Mr Weber added: ”Nationalism and egoism are back in Europe.”

The German’s remarks come after he declared that he is not scared of another Brexit in a stunning rant.

“I fear that Europe will not be able to deal with the next crisis if we go on this way.