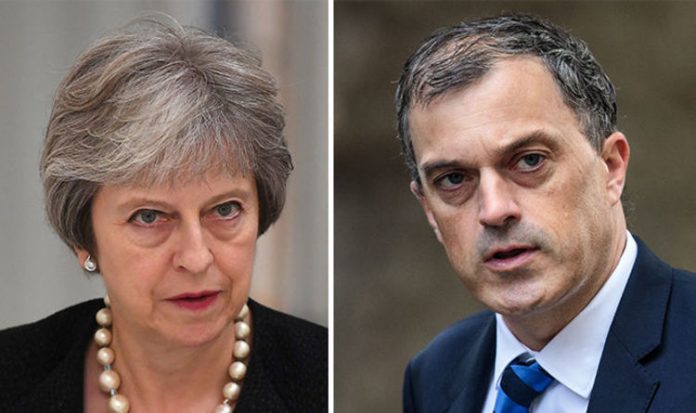 ‘Pairing’ is a Parliament tradition which sees an MP from one party agree not to vote if an opposing MP is unable to attend the House of Commons.

This ensures parties do not suffer if one of more of their MPs are ill or on maternity leave, for example.

Mr Lewis had been ‘paired’ with Liberal Democrat deputy leader Jo Swinson, who was on maternity leave meaning neither would walk through the voting lobbies.

However Mr Lewis did vote, later apologising and claiming the breaking of the pact had been an honest mistake.

It now appears, however, the breaking of the pact was a deliberate move encouraged by Chief Whip Smith.

Mr Lewis and two other Tory MPs were told by Mr Smith that they should still go ahead and vote, the Times has reported today.

Pressure to resign grew today after Conservative MP for South Cambridgeshire Heidi Allen said that when she challenged Mr Smith, he had been “unable to confirm to me that he did not give instructions to break pairs”.

In what has been another chaotic week for Theresa May, she now finds herself under intense pressure to apologise for misleading MPs about what happened and told she must sack the two men if they do not go on their own accord.

Several MPs have slammed the tactics, with Labour Party chairman Ian Lavery describing the Government as “rotten to the core”.

He said: “The Tories’ story is changing by the minute as they desperately scramble to cover up their appalling actions.

“This Government is rotten to its core. Julian Smith and Brandon Lewis must now resign or be sacked, and Theresa May must apologise for misleading the House.”

Tory rebel Anna Soubry said: “If true this is appalling and those responsible must resign. If we cannot behave with honour we are nothing.”

Ms Allen added: “When I became an MP in 2015, I was determined to challenge stereotypes about politicians.

“I refuse to be tarnished by this behaviour so will not stand by and say nothing. Integrity and honesty are fundamental to our democracy. Anything less is unacceptable.”

Ms Swinson appeared to mock the controversy, and said: “This reflects pretty badly on those peddling the ‘honest mistake’ nonsense.

“To be fair, hats off to the two MPs who told their chief whip to take a running jump when he asked them to break a pairing just because the Government might lose.”

But the actions didn’t have a bearing on the final result, with the Government narrowly scrapping through by 307 votes to 301 in what could have been a humiliating defeat for the Prime Minister.

A Conservative spokesman added: “We have apologised for the fact that a pregnancy pairing arrangement was broken in error this week.

“No other pairs offered on the Trade Bill on Tuesday were broken.”

Commons Leader Andrea Leadsom has now announced a debate on proxy voting for September, which would effectively end the need for pairing.