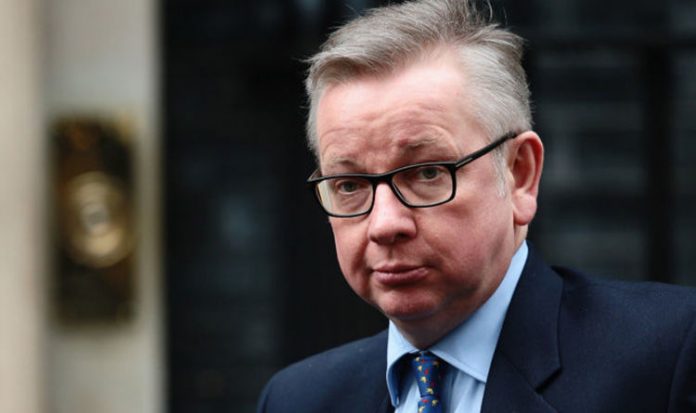 Scots fishing leaders are pushing for a Norwegian-style model, landing 84 per cent of the fish and shellfish caught from the UK’s own waters, when the country leaves the EU’s hated Common Fisheries Policy (CFP).

Ministers faced a backlash earlier this year over a transitional deal that will see the industry bound by Brussels-imposed rules until 2020.

Mr Gove today launched a White Paper setting out the government’s vision as an “independent coastal state” by 2021.

It sets out ways for “fairer” allocation of fishing opportunities based on the distribution of fish stocks and moving away from a system based on fishing patterns from the Seventies.

A “zonal attachment” scheme will replace the current quotas which give EU trawlers the rights to take 60 per cent of the fish in UK waters up to 12 miles from the coast.

The UK would also control fishing access to a 200 nautical mile “exclusive economic zone” around its coastline.

Mr Gove insisted there was no reason the UK should be in a “weaker position” than Norway or Iceland – which retains 95 per cent of fish caught in its waters.

He said: “Like other independent coastal states, we can decide who has access to our waters and we can ensure that a greater proportion of the fish in our waters is caught by British vessels, landed in British ports and processed by British producers.”

While there would still be annual talks over quotas, he added “it will be a negotiation where we hold the cards and we are in the driving seat”.

Mr Gove also insisted access for fish exports would be treated separately from the question of access to each other’s waters.

The EU has previously suggested the two should be tied together – sparking fears of a “sell out”.

The UK Government also wants to end the “discard” rule which forces fishermen to throw back tons of dead fish every year.

Ministers have said they will publish an annual statement of fish stocks and work with the Scottish, Welsh and Northern Irish governments, to whom fishing policy is devolved.

But Scotland’s Fisheries Secretary Fergus Ewing said the UK Government had “failed to substantively engage” with the Nationalist administration in drawing up its plans.

Pressed yesterday [WEDS] the issue by SNP MP Deidre Brock, Mr Gove said the UK Government will consult with Holyrood before changes are made to fisheries frameworks.

He also took aim at current Nationalist policy for an independent Scotland, that would see the country would be dragged back into the CFP.