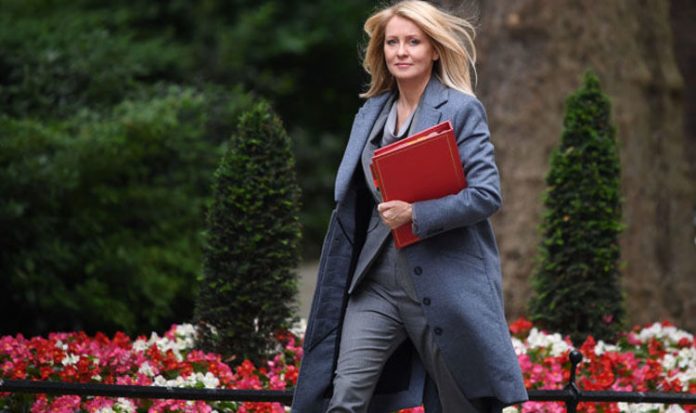 NAO chief and Auditor General Sir Amyas Morse wrote in an open letter that Ms McVey was wrong to say his organisation feared UC was being rolled out “too slowly” and should “continue at a faster rate”.

Ms McVey admitted her interpretation was “mistaken” and she apologised to the House.

“What I meant to say was that the NAO had said that there was no practical alternative to continuing with UC,” she told MPs, adding stressing that she had asked Speaker John Bercow on Tuesday for permission to correct the record with a statement.

“We adopt a ‘test and learn’ approach to the roll-out, which the NAO says mainly follows good practice, and therefore the point I was trying to make was that the calls from the Labour Party to pause it seemed to fly in the face of those conclusions.”

But she stood by her claim that the NAO report was not able fully to take into account the impact of recent reforms, including advancing more money to people facing hardship while claims were processed, which she said addressed many of its concerns.

Sir Amyas wrote to her that since the report was “fully agreed with senior officials in your department (and) is based on the most accurate and up-to-date information from your department … it is odd that you felt able to say that the NAO ‘did not take into account the impact of our recent changes'”.

The new system was “not value for money now, and its future value for money is unproven” and the programme should not be expanded until it was clear it could cope with more claimants, it said.

In raucous scenes, Ms McVey faced Opposition calls to resign but a Downing Street source said Theresa May continued to have full confidence in her.

Frank Field, chairman of the Commons’ Work and Pensions Committee, indicated he may press for a further statement on Thursday.

The Labour MP told BBC Radio 4: “I’ve never seen a letter from the NAO like this before in the 40 years I’ve been in Parliament.

“It’s clearly a call to end this Trumpism in British politics when you think you can stand up and say anything about what any other people have actually said.”