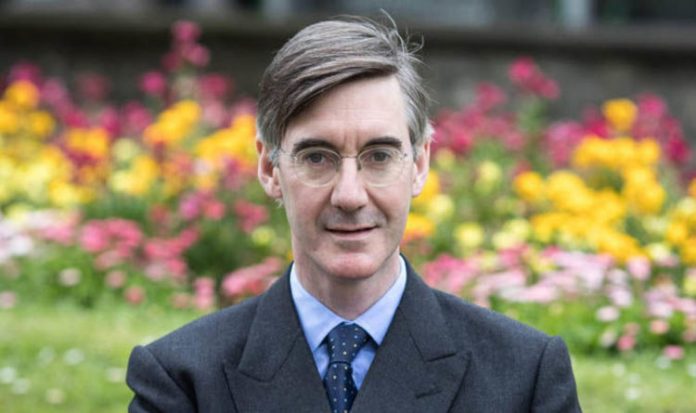 Documents handed to ministers ahead of today’s crunch Cabinet summit reportedly included details of a “common rulebook” for farm produce and other goods expected to cover both the EU and UK following Brexit.

The papers also suggested the planned regulatory alignment “would not allow the UK to accommodate” expected US demands for a future trade deal.

Tory Brexiteer Jacob Rees-Mogg led calls for Mrs May to “rip up” the proposal.

He said: “If this is correct, this is not Brexit.

“This common rulebook means that we are essentially a vassal state.”

Former Tory Cabinet minister Owen Paterson said: “If true, this would be a complete breach of Theresa May’s manifesto commitment, reconfirmed to me at Prime Minister’s Questions, to leave the Single Market, Customs Union and EU Court of Justice.

“We could not eliminate tariffs to reduce prices for consumers and businesses, or strike free trade deals. We would be out of Europe but still run by Europe.”

Tory MP Lucy Allan said: “This is not Brexit.”

Former Brexit minister David Jones said: “The paper proposes that the UK should maintain a common rulebook for all goods.

“This is entirely unacceptable. To all intents and purposes, it would lock the UK into the Customs Union and Single Market in perpetuity.”

Former Tory frontbencher Andrea Jenkyns said: “We Brexiteers cannot support any deal that restricts our trade with other countries.

“Need to see the details but from what we are hearing prepared to vote against this.”

The document handed to ministers yesterday said: “The UK should maintain a common rulebook for all goods including agrifood.”

It also said the UK will make “an upfront choice to commit by treaty to ongoing harmonisation with EU rules on goods”.

A Downing Street spokeswoman last night insisted the plan would not jeopardise a US trade deal.

The spokeswoman said: “It is categorically untrue to suggest that we will not be able to strike a trade deal with the US. The President himself has made it clear he is keen to sit down and talk about that.”