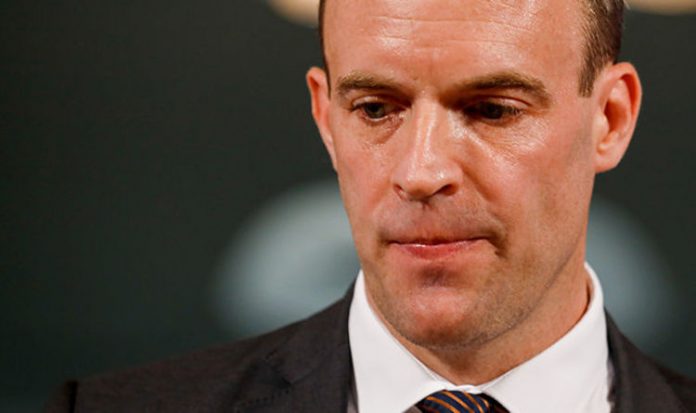 The deal deadline loomed larger than ever today as Theresa May’s un-official deputy prime minister talked about extending until November.

Mr Lidington said: “I was Europe minister for six years.

According to Mr Lidington, who effectively serves as Theresa May’s deputy prime minister, deadlines in the EU “slip” and it’s possible no deal will be reached until the end of 2018.

Mr Barnier said talks must be wrapped up: “Certainly not later than the beginning of November”.

His words have whipped up more concerns the Government is preparing to crash out of the European Union without a deal, a no-deal Brexit.

Yesterday, Brexit Secretary Dominic Raab gave a speech where he outlined the possible benefits of a no-deal situation.

Mr Raab said: “In the unlikely and I think regrettable event of no-deal, a balanced appraisal should recognise that there would also be some countervailing opportunities.

“While we are striving for the best outcome, and a good deal from these negotiations, we stand ready to deliver Brexit for the British people if there is no deal.”

Responding in a tweet, the former UKIP leader Nigel Farage said: “To go from Chequers to the advantages of No Deal shows how much trouble the Government are in with their own voters.”

Britain will not leave the EU until March 29, 2019, but if a deal is not settled months in advance then Parliament will not have time to approve the agreement.

Facing an impending deadline, MPs will be forced to choose between whatever deal the Government secures with Brussels or to leave the EU with no-deal.