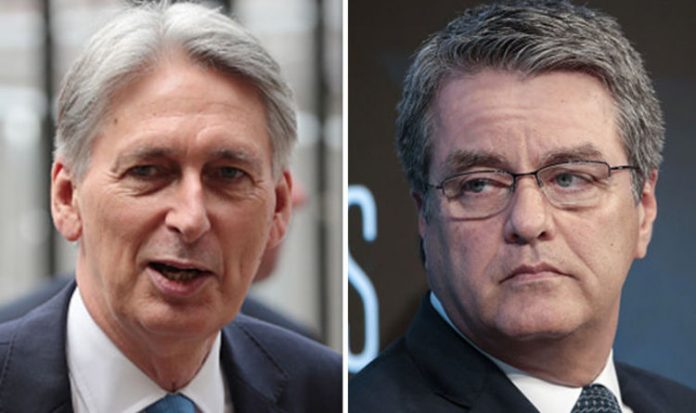 Director general of the World Trade Organisation, Roberto Azevêdo, said a no-deal Brexit would not be the “end of the world”.

It comes as a contradiction to the controversial letter published by Chancellor Philip Hammond which said there would be “large fiscal consequences” in the event of the UK failing to reach a deal with the EU.

Mr Azevêdo said: “There are a number of preferential rules that apply between the UK and the EU that will disappear.

“Now, the impact of that, and there will be an impact, it may be larger or smaller depending on the sector.

“For example, in tariffs, there may be a sector where the EU tariffs are very low so the loss of the preference is not going to affect that sector very much.

“But there are many areas where the tariffs are significantly higher than the average and in those situations the sector is going to be affected a lot in terms of the tariffs.

“How much is this going to affect each one? It is not going to be the end of the world in the sense that trade is going to stop and that everything is going to fall down. No.

“But it’s not going to be a walk in the park either.”

Many Brexiteers argue the UK should have nothing to fear from trading on WTO rules and many argue it should be the UK’s primary option.

But when asked if the UK could start trading on WTO terms on the day after Brexit, Mr Azevêdo added: “Frankly, I think it will be very ambitious to have that kind of outcome.

“I was also a trade negotiator. I negotiated trade deals my whole life and I am very realistic about how fast you can go with those deals.

“The moment that other countries begin to sense an opportunity to increase their market share or increase a quota here or there, they are going to go for that.

“It is very unlikely that you are going to have 100 per cent agreed outcome for all WTO members between now and March.”

Mr Hammond’s letter also highlighted a cross-Whitehall analysis which prompted claims of “Project Fear” when it was published earlier this year.

Government sources told The Daily Telegraph, the Chancellor “knew what he was doing” with the letter published on the same day as Brexit Secretary Dominc Raab’s attempts to calm fears of a no-deal scenario in a series of Whitehall papers. 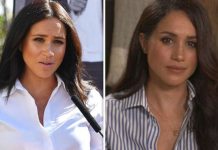