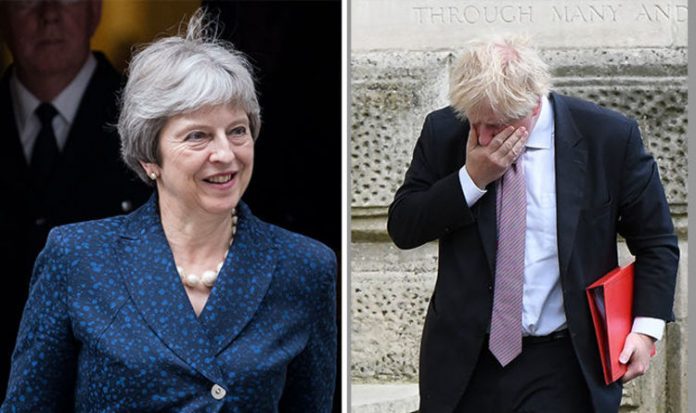 A survey conducted by YouGov for the Sunday Times found that almost half of people think the Chequers deal would be bad for Britain.

Just one in nine – 11 percent – of voters would choose the Chequers option if they were presented with it on a referendum ballot.

The Government could consequently face further delays to the Brexit negotiations if the UK were to go to a second referendum.

If voters were given the option of overturning the 17 million strong vote in 2016, it seems likely they would.

The same poll found 54 percent of people would rather Remain in the EU if the alternative option was crashing out with no deal, which was favoured by 46 percent.

The Prime Minister has already ruled out another referendum on the grounds it would be undemocratic.

Theresa May is facing increasing pressure over the Chequers deal, with ten ministers having resigned so far over the proposed plans.

Former Brexit Secretary David Davis and former Foreign Secretary Boris Johnson both stepped down from their front bench positions over the deal, which many have labelled a ‘soft’ Brexit.

This could spell problems for the Prime Minister with Brexiteers already warning of a revolt if she pushes through with her soft Brexit plans.

Mrs May maintains her popularity among Tory voters, with six in ten thinking she should stay on to fight the Brexit battle.

But, if she is forced out, her former Foreign Secretary may be placed in the best position to replace her.

The polling data concluded that a Conservative Party led by Boris Johnson would be neck and neck with Labour in a General Election.

They would all lag by ten to 12 percentage points.