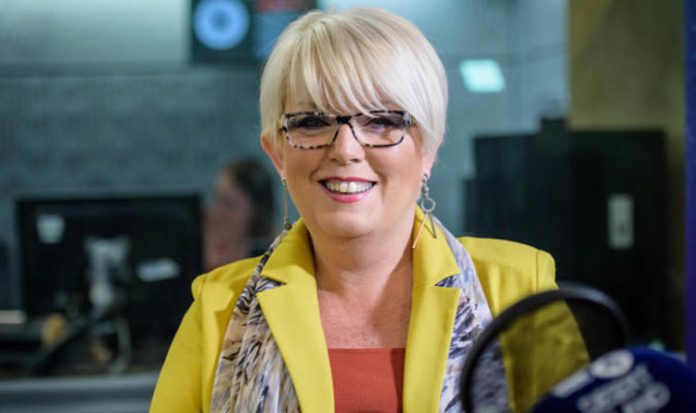 Helen Newlove, who has fought tirelessly for victims of crime since the savage killing of her husband Garry nearly 11 years ago, said she felt like Coronation Street’s Hilda Ogden when she entered Parliament as a Tory peer.

The 56-year-old mother-of-three, who once worked in a fish and chip shop, told Desert Island Discs that taking her seat in the Lords in 2010 as Baroness Newlove of Warrington was “a bit surreal”.

She told presenter Kirsty Young: “I have to say I felt a bit like Hilda Ogden. I just felt I was very working class and this was an establishment that had very eloquent, very clever people, and I didn’t think I was that person.

“But while I thought these people wouldn’t speak to me, they are the warmest people I’ve ever known.”

The Baroness said “you could hear a pin drop” as she made her maiden speech.

“My line was that I came here because my husband was murdered,” she said.

“I have a great mentor, Baroness Morris of Bolton.

“She said, ‘I’m going to slap you if I keep hearing that. You are here because of the work you have done and will carry on doing in memory of your husband’.”

Mr Newlove was kicked to death outside his home in Padgate, Cheshire, after confronting youths he believed had vandalised his wife’s car.

Her book choice was War And Peace – in case she rans out of toilet paper. Her luxury item was lipstick.