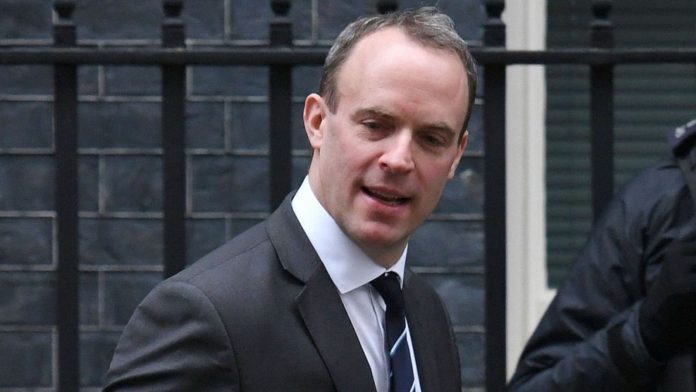 Britain could refuse to pay its divorce bill to Brussels if it does not get a trade deal, the new Brexit Secretary has warned.

Dominic Raab, who replaced David Davis after he quit the role earlier this month, said “some conditionality between the two” was needed.

He added that the Article 50 mechanism used to trigger Britain’s imminent exit from the EU provided for new deal details.

He told the Sunday Telegraph: “Article 50 requires, as we negotiate the withdrawal agreement, that there’s a future framework for our new relationship going forward, so the two are linked.

He added: “Certainly it needs to go into the arrangements we have at international level with our EU partners.

“We need to make it clear that the two are linked.”

The government has sent mixed signals so far on the divorce bill.

Prime Minister Theresa May agreed in December to a financial settlement between £35bn and £39bn that ministers said depended on agreeing future trade ties.

But cabinet members have since cast doubt on the position.

Chancellor Philip Hammond said shortly afterwards that he found it “inconceivable” Britain would not pay its bill, which he described as “not a credible scenario”.

The UK is set to leave the EU on March 30 next year, but the two sides want to strike a divorce agreement by late October in order to give parliament enough time to endorse a deal.

Mr Raab said critics were mistaken to think Mrs May would not walk away without a deal if she had to.

“They’re wrong. No bluffing,” he told the Sunday Telegraph.

“The ball is now in the EU’s court, and don’t get me wrong, there will be plenty more negotiations, I’ve made that clear, but if they show us the same level of ambition, energy, pragmatism, this deal gets done in 12 weeks.”

His comments come as a new YouGov poll published by the Sunday Times shows 12% of people backed Mrs May’s Chequers agreement as “good” for Britain while 43% thought they were “bad”.

The poll also found that 16% of voters think Mrs May is handling negotiations well, while 34% believe former foreign secretary Boris Johnson would do a better job.