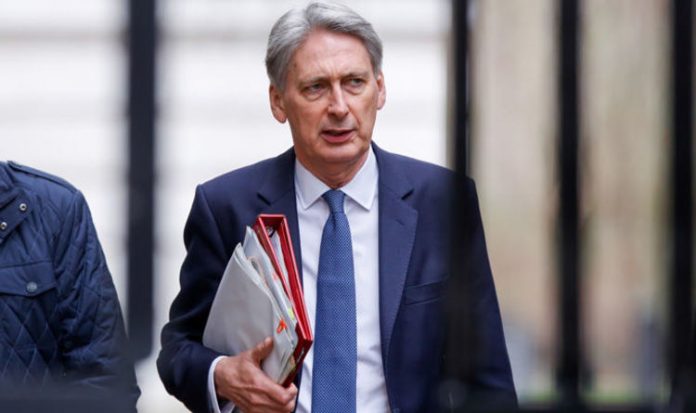 However, in today’s Daily Express we told how the EU may be willing to retreat on one of its previous red lines to ensure a deal can be struck rather than see Britain leave the bloc next March 29 with no agreement made with Brussels.

Mr Hammond declared today: “Getting a deal with the EU that allows our businesses to continue accessing the European market is clearly in our best interest.

“I believe that the Chequers White Paper represents the best way forward,” he told Sky News.

“It is a fair and sensible and pragmatic offer to the Europeans that will allow us to deliver on the result of the referendum – taking back control of our borders for immigration, allowing us to develop our own trade policy, ending large amounts of money (going) to Brussels every year – but at the same time allow us to remain closely connected with the European economy in a way that works for us and works for the Europeans.”

Mrs May faces massive opposition within her own party to the Chequers proposal, which entails a “common rule book” for the UK and EU for trade in goods, which some fear will restrict Britain’s ability to strike new trade deals around the world.

The plan has already seen ministers including Brexit Secretary David Davis and Foreign Secretary Boris Johnson quit her Government saying they could not accept it.

Mr Hammond, who is seen as one of the Cabinet’s greatest champions of keeping close ties to the EU, was in the West Midlands where he announced a £780million Government funding boost for research and development of the technologies of the future.