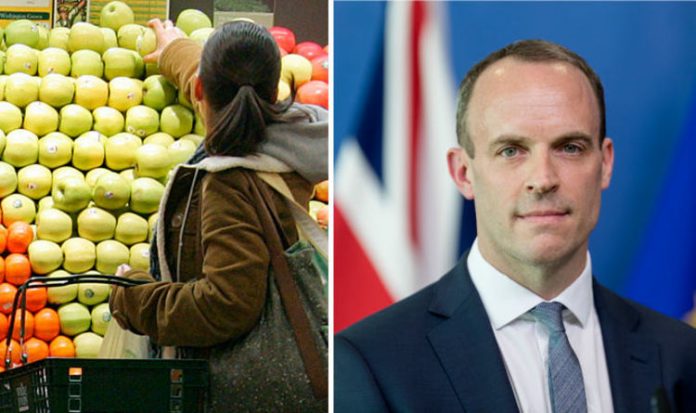 Aldi emailed its UK suppliers in June to begin the planning process, according to an investigation by the Sunday Times.

The message from the discount retailer said they wanted to “help suppliers understand the potential implications” of a ‘no deal’ Brexit.

They want to “mitigate any negative impacts” of leaving without an agreed trade and customs deal.

The supermarket is said to have attached a spreadsheet to its messages asking partners a total of 15 questions.

These included whether ingredients and packing materials were sourced from the EU and their number of EU staff.

One of Aldi’s suppliers told the Sunday Times that planning for ‘no deal’ stockpiling was something already on the minds of a lot of retailers.

Giles Hurley, supplier of coffee to the German store brand, said: “Most of the major retailers have been asking their suppliers how we are planning for the implications of Brexit.

“Especially how we are planning to ensure we do not run out of the goods we bring in from the EU.

“They can easily sit back and say they have no plans or concerns because, as usual in this relationship, it will be the suppliers who make the plans.”

However, other retail experts are divided on whether ‘no deal’ preparations need to be made at all.

The chairman of one grocery chain has said the suggestions sound like “a bit of a Remoaner story”.

They continued by saying they thought that any ‘no deal’ preparations would not be made until the scenario was more definite.

They added: “We’re some way off ‘no deal’ and tariffs being imposed and queues at Dover.

However, another supermarket chairman was more concerned about long-term planning options for the year ahead.

They said: “We’re looking at all the options.

“But there will come a point in this calendar year where, if people are going to book extra warehouse space or make additional transport arrangements, they will have to start doing it because there isn’t unlimited capacity.”

Last week, Brexit Secretary Dominic Rabb implied it was the responsibility of shops and suppliers to ensure the UK had “adequate food supplies” after Bexit.

British Retail Consortium responded that stockpiling was “not a practical response” to Brexit issues.

It confirmed it had “not been approached by Government to begin planning for this”. 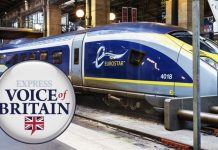