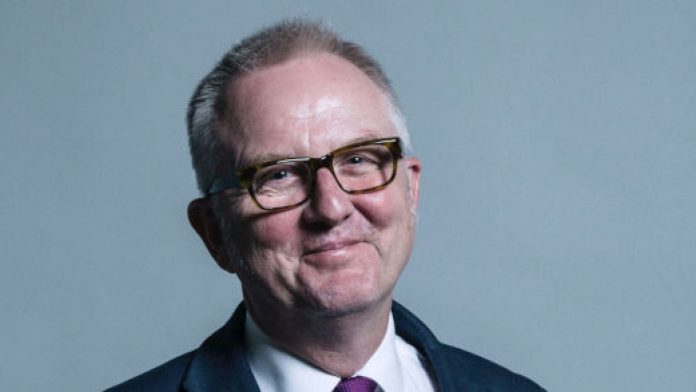 A second senior Labour MP has been threatened with disciplinary action after a clash with a Jeremy Corbyn ally over anti-Semitism.

Ian Austin, a former minister and aide to Gordon Brown, has received a letter from general secretary Jenny Formby accusing him of “abusive conduct in Parliament”.

The letter was in response to a “heated discussion” between Mr Austin and Labour Party chairman Ian Lavery, one of Mr Corbyn’s closest allies, in the Commons earlier this month.

The allegation against Mr Austin is almost identical to the threat of disciplinary action against veteran MP Margaret Hodge, who has admitted calling Mr Corbyn a “racist” and “anti-Semitic”.

In another parallel with Ms Hodge, whose grandmother and uncle were Holocaust victims, Mr Austin’s grandmother and her sisters were murdered in a concentration camp by the Nazis.

Sky News understands that Mr Austin’s clash with Mr Lavery, a burly ex-miner and former National Union of Mineworkers’ leader, came after a meeting of Labour’s national executive on 17 July.

Mr Austin is understood to have told Mr Lavery the NEC’s decision earlier that day not to adopt the internationally recognised definition of anti-Semitism in its code of conduct was “disgraceful”.

He is also understood to have told Mr Lavery: “Under this leadership the Labour Party has become a sewer.”

But Mr Austin denies being personally abusive to Mr Lavery.

Two days after the row with Mr Lavery, Mr Austin received a letter from Ms Formby telling him: “Allegations that you may have been involved in a breach of Labour Party rules have been brought to our attention.”

Although the accusations were not spelled out in detail in the letter, Ms Formby said they related to “abusive conduct in Parliament” and it was important they were properly investigated.

Her letter added: “You should be aware that any future behaviour of a similar nature to the allegation above could result in further disciplinary action, including suspension.”

“I am angry about anti-Semitism and I am angry that the Labour party can’t deal with it adequately.”

But a Labour party spokesman said: “The Labour party takes all complaints extremely seriously. These are fully investigated in line with party rules and procedures.”

The threat to Mr Austin is the latest row triggered by the NEC’s controversial move to unpick the internationally accepted International Holocaust Remembrance Alliance definition of anti-Semitism.

It was also on the evening of the NEC meeting that Ms Hodge clashed with Mr Corbyn.

She is now facing the same threat of suspension as Mr Austin and is locked in a legal battle with Ms Formby and the Labour Party.

The NEC’s move then led to an emergency motion being proposed by the Jewish MP Louise Ellman at last week’s Parliamentary Labour Party meeting, calling for the IHRA’s definition to be adopted by the PLP in full.

And it prompted three Jewish newspapers to publish the same hard-hitting editorial on their front pages warning of an “existential threat to Jewish life in this country that would be posed by a Jeremy Corbyn-led government”.

Mr Austin, who clung on to his Dudley North seat by just 22 votes in last year’s general election, has been one of Mr Corbyn’s strongest critics and allies will claim this is why he is being targeted by the leadership.