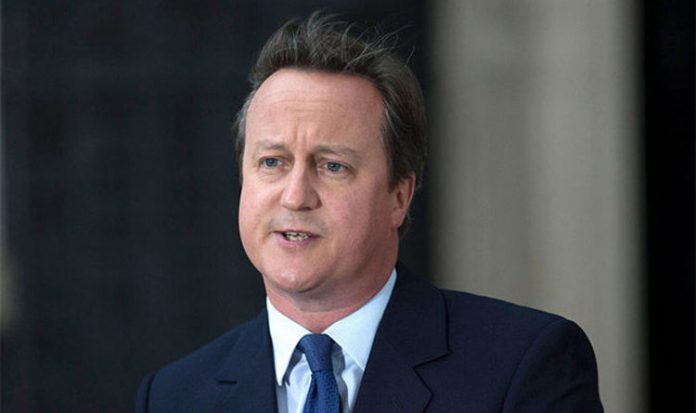 The pro-EU camp used millions in public funds to distribute the leaflets in April, just before the crunch vote on exiting the single bloc.

The leaflets urged Britons to vote to Remain in the EU when they want to the polls on June 23.

But the Independent Commission on Referendums is now demanding an extension on bans stopping ministers using bottomless pits of taxpayers’ money to help promote their argument in the final month of a campaign.

The cross-party body also believes the election watchdog should be allowed to seek a court injunction banning such material.

Its report says: “The Commission is concerned that the current restrictions on government during referendum campaigns permit potentially unlimited spending of public money in favour of one side before the final four weeks.

“Less than three months before the EU referendum, the UK government spent £9.3 million of public funds distributing a leaflet entitled, “Why the government believes that voting to remain in the EU is the best decision for the UK’, the purpose of which, it claimed, was to help the public make an informed decision in the upcoming EU referendum.

“The Commission is concerned that the current restrictions on government during referendum campaigns permit potentially unlimited spending of public money in favour of one side before the final four weeks.”

Mr Cameron was heavily criticised following the government’s decision to flood British households with the pro-Remain leaflets in 2016.

Current rules curbing government and local authorities’ activities in the run-up to a referendum only apply to the final 28 days of a campaign.

Section 125 of the Political Parties, Elections and Referendums Act 2000 applies the limit to the final month of campaigning.

But the commission’s report points out that the Remain camp’s leaflet campaign began “just before” and urges the time restrictions on campaign spending are widened.

The 224-page report adds: “The Commission recommends extending section 125 restrictions so that they come into force at the beginning of the regulated referendum period.”

It was set up by University College London’s Constitution Unit.

The panel is set to publish its findings this month and will be discussed by the Commons public administration committee on Tuesday.

It comes after a Leave campaign group was fined £70,000 for breaking electoral law during the referendum.

The Electoral Commission ruled that Leave.EU failed to report at least £77,380 of its spending and referred its chief executive Liz Bilney to the police over “serious offences”.