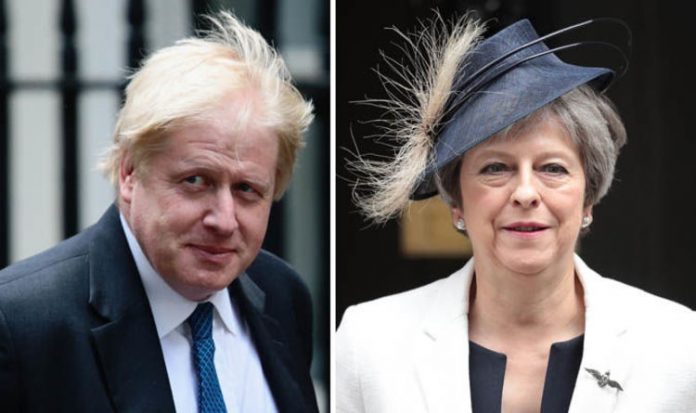 Pro-EU factions of the Conservative Party had been planning to use key votes within Parliament next week to try to force to the Government to remain in the customs union and single market.

But the resolution reached by the Cabinet at Chequers was welcomed by many potential rebel MPs as it proposes close ties to the EU and the establishment of a new “facilitated customs arrangement”.

Commenting on the plan, she said: “Far from perfect but the Cabinet Brexit plan and forthcoming White Paper marks grown-up steps in the right direction.

“Now is not the time for egos, grandstanding and blind ideology, and interestingly no Brexit plan of their own.

“It is time to put the interests of our country first and foremost.”

She said: “Responsible hard Brexiteers now accept the Brexit reality, and recognise the needs of British business and the reality of the Irish border issue.”

But she still warned that continued membership of the single market and customs union would be the only way to truly avoid the reimplementation of a hard border in Northern Ireland.

She concluded: “There is no alternative, the Prime Minister is making a good stab at it with her ‘third’ way, but the only way to deliver prosperity and avoid a hard border is through maintaining membership of the single market and customs union.”

Pro-EU Conservative MP Antoinette Sandwich commented on Mrs May’s proposals in Parliament, saying: “It is a welcome dose of reality; it is a concrete plan.

“I support the outline of this plan and look forward to the publication of the White Paper.

“Parliament needs time to examine this document in advance of the customs and trade bills next week.”

Other Tory MPs including Stephen Hammond and Dominic Grieve indicated they would wait until the Government had outlined their proposals in full in their official White Paper before launching any rebellion.

Conservative MP Richard Drax said: “What makes me even more suspicious is that all the Remainers are singing and crowing to the rooftops what a marvellous Prime Minister she is, when only a few weeks ago they were cursing and swearing.

“They have gone quiet, which makes me very suspicious they have got what they want.”