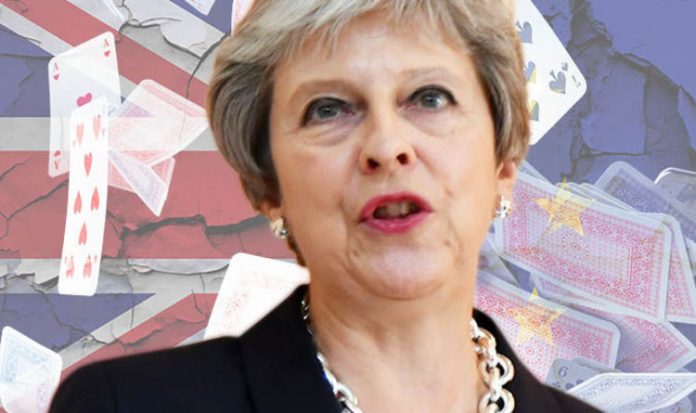 De facto deputy prime minister David Lidington did not deny the claim, saying it was right that the civil contingency secretariat plays an “active part in contingency planning for all eventualities”.

She said: “We know the Cabinet Office is preparing for the very real threat that is no deal, with secret Cobra meetings and civil contingency planning.

“Business leaders are warning of the disaster of a no deal or a bad deal. Isn’t it about time we put this decision, the biggest facing our generation, back to the people for a people’s vote?”

Mr Lidington replied: “There was a people’s vote in 2016 which at the time both her party and mine said was going to be the decisive moment.

“It’s perfectly right that the civil contingency secretariat in the Cabinet Office takes an active part in contingency planning for all eventualities.”

The Labour MP’s claim comes as Theresa May warned if Britain does not reach an agreement with the EU the “position changes” on its agreement to pay a financial settlement to the bloc.

“However the specific offer was made in the spirit of our desire to reach a deal with the European Union and on the basis, as the EU themselves have said, that nothing is agreed until everything is agreed, without a deal the position changes.”

Downing Street has insisted the Prime Minister’s Brexit proposals are the only “credible and negotiable” ones amid speculation of a Tory rebellion.

But Downing Street dismissed the plans. A spokesman for Mrs May said: “We have been working on the issue of the Northern Irish border for two years and we have looked at a significant number of potential solutions and we believe that the plan put forward by Chequers is the only credible and negotiable one.”