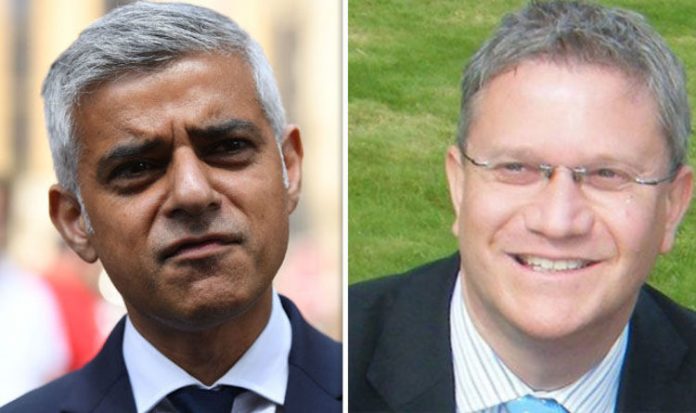 Interviews are taking place this weekend with a long list of eight who will be whittled down to three to be presented to members for a vote to decide the Tory 2020 London Mayor candidate.

The only recognised Brexiteer on the list is highly respected Romford MP Andrew Rosindell, who has been backed by more than half the Tory MPs in London and the surrounding region.

But despite this sources have claimed that party bosses want to dump him early in the selection process and ensure he does not get on the final three because they fear he will win.

The Daily Express has been told that former government adviser Baroness Simone Finn is “the favoured candidate” and party bosses are “trying to ensure she is selected by members.”

A source told the Daily Express: “There’s a plan to make sure Rosindell is the first off the list.”

It is thought that if he gets to the final three Mr Rosindell, who won Romford off Labour and turned it into a safe Tory seat and council, will win the selection vote with party members.

The Romford MP wants to stand on agenda of pushing the benefits of Brexit for London and taking a tough line on law and order ending the surge in crime which has been allowed to happen under Mr Khan’s Mayoralty.

Sources at central office last night denied the claims there were plans to block him.

A spokeswoman said: “The shortlist reflects the diversity and experience of the Conservative Party in London. All candidates have the same opportunity to put forward why they would be the best candidate.”

The row has echoes of controversies during the general election when leading Brexiteers such as MEPs David Campbell Bannerman and Daniel Hannan were allegedly blocked by the officials in charge of selection in central office.

A friend of Mr Rosindell said: “He is just focussed on the interviews this weekend and being slected for the final three. He has a strong message which will win London back from Labour.