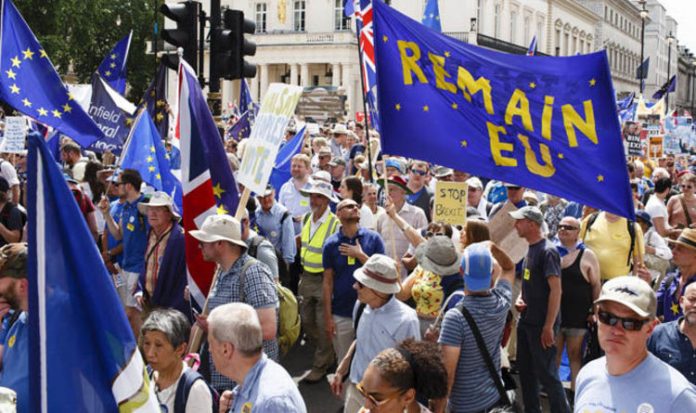 The director of the British Sandwich Association Jim Winslip is the latest recruit to the Project Fear campaign with a warning that his association members would struggler to make fresh sandwiches after Brexit.

But Mr Winslip’s appearance on BBC Newsnight has been ridiculed and highlighted the misinformation being put out about a World Trade deal which experts believe will massively boost Britain’s GDP.

Tim Martin, the owner of Wetherspoons pubs who has move to sourcing British only products and played a leading role in the Leave campaign, said that the issue is over free trade.

He pointed out that contrary to a World Trade Deal – which involves moving to World Trade Organisation Rules with the EU – will lead to cheaper food prices because EU tariffs on food outside the bloc will no longer apply.

“The EU charges tariffs on oranges, rice, wine, sugar, coffee and over 12,000 other products. The money is collected by the UK government and is sent to Brussels.

“On leaving the EU parliament can scrap food tariffs on non-EU products, immediately bringing prices down.”

He went on: “By leaving the EU without a deal on 29 March next year the UK can save £39 billion, equivalent to £600 for every man, woman and child. We can scrap all food tariffs and we can regain control of our fishing grounds.

“All these moves can be made without the agreement of the EU or any other country. It’s called the free trade option or World Trade Seal, but it’s been cleverly renamed ‘No Deal’ by europhile spin doctors.”

In his interview Mr Winslop suggested that sandwich makers cannot make their products from UK only products highlighting avocados which are mostly brought in from outside the EU and as a result are subject to huge tariffs.

He said: “Certainly there would be serious problems in terms of the fresh ingredients we bring in from the EU and also from overseas particularly if we have problems at ports and we can’t get ingredients through.

“I think the answer from the sandwich industry is that it is going to limit the amount of choice that consumers have if we suddenly crash out with Brexit in the way that has been talked about.”

He went on: “There would be a certain amount of fresh sandwiches. Our food industry in the UK isn’t self sufficient so we can’t produce everything in the industry that we need.

Tory MP Marcus Fysh described the claims as “ludicrous” and pointed out that the British Sandwich Association has links with the Irish government which is part of a campaign to force the UK to remain under Brussels rule in the single market.

The row has followed attempts to scare the public about a World Trade deal with calims that there will be no insulin for diabetic patients and an economic collapse.

Former Brexit minister David Jones said: “The impression is being deliberately cultivated that, when Britain has left the EU, overseas trade will become much more difficult, if not impossible.

“This is, of course, nonsense. Britain will continue to trade with the EU on the same basis as it trades with every other country in the world. Furthermore, supplies of fresh food will be cheaper, because prices will not be artificially inflated by EU tariffs. All industries, including the sandwich industry, have to prepare for departure from the EU, but it is ludicrous to suggest that trade will come to a halt. It won’t.”