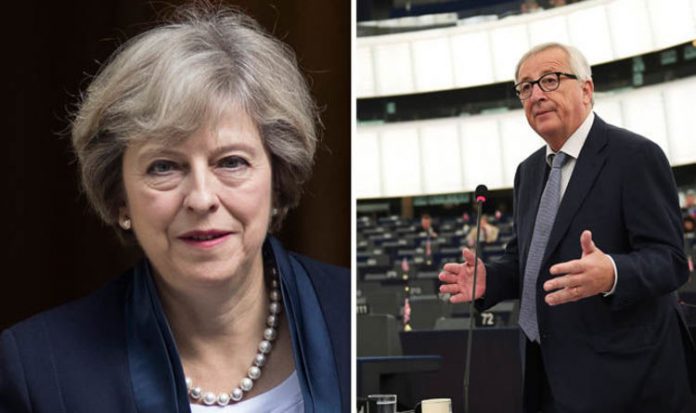 The British negotiators adopted the wrong strategy at the start of the Brexit talks, because the Government didn’t present the possibility of falling back onto World Trade Organisation (WTO) rules, an expert in international economic law said.

David Collins, professor of International Economic Law at City University in London, told The Spectator: “The Government damaged its negotiating position by seeming to exclude the WTO option and giving the impression that it is desperate to extract a trade deal with the EU at all costs.”

He added Britain sat at the negotiating table as “a supplicant, or worse, a wounded animal”.

Instead, the Government should have started preparing arrangements for a no-deal WTO option from the beginning, as it would have provided it with an alternative to a deal with the EU.

But now Downing Street has initiated this process, Mr Collins said the country is in a much more advantageous position.

He added: “With the WTO option as an entirely acceptable, workable alternative to a trade deal, the UK is truly in a position to walk away.

The professor believes WTO rules are a more than a viable counterpoint, as it presents many perks for the UK.

Believing that a WTO option would strengthen Britain, Mr Collins claimed it’s in the European interests to be more compliance with UK negotiators.

He said: “It is the EU which has more to fear from these negotiations, being nervous about having a large, liberated, pro-competitive economy on its doorstep.

“The UK Department of International Trade has already begun discussions with several countries with which the EU has failed to do trade deals, most notably the US.

“Since 90 percent of world GDP growth in the coming decades is expected to be outside the EU, it makes sense that the UK looks beyond this region, which now accounts for less than half of its overall trade.”

He said Britain has little to lose from leaving the single market as the WTO will protect the UK from a possible trade war with the EU and added: “The WTO’s new Trade Facilitation Agreement obliges the EU to maintain borders which are as frictionless as possible, using modern technologies such as pre–arrival processing of documents and electronic payments.

“Discrimination against foreign products through all sorts of internal regulations is forbidden.”

Britain has already been welcomed within the WTO by Roberto Azevedo, the director general of the WTO.

Speaking about post-Brexit Britain, he said: “After Brexit, Britain can be more flexible in its approach and quicker to react within the WTO, as you don’t have to coordinate with all the other members of the EU.

“You will lose the weight of the EU as a market, but the UK is by no standards a minor economy or a minor player in the multilateral system.”