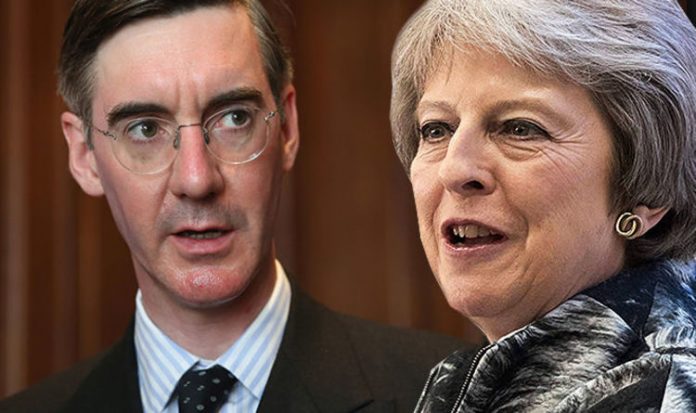 Downing Street aides claimed the changes were “consistent” with her Brexit plans.

But backbenchers insisted her retreat had effectively “killed” the blueprint for close customs links between the UK and the EU after Brexit.

One delighted Tory Eurosceptic said the overhaul left the plan agreed by the Cabinet at Chequers earlier this month “dead on arrival”.

Mrs May caved in to the demands from Brexiteer Tory rebels following a string of frontbench resignations and a threatened rebellion by up to 80 MPs over her Customs Bill. She insisted the amendments did not “change” her plan.

And tonight she avoided a humiliating defeat in the House of Commons by just three votes, just minutes after it was revealed the Government is set to table a motion to bring forward the Parliament’s summer recess in an apparent bid to stave off a leadership coup.

In the latest departure, North Cornwall MP Scott Mann quit as a parliamentary private secretary in the Treasury ministerial team yesterday hours before the debate on the Customs Bill.

Following the resignations of Cabinet minister Boris Johnson and David Davis, Mr Mann was the 10th Tory frontbencher to quit the Government within nine days following the furious row over the Brexit plan set out in a “white paper” discussion document. 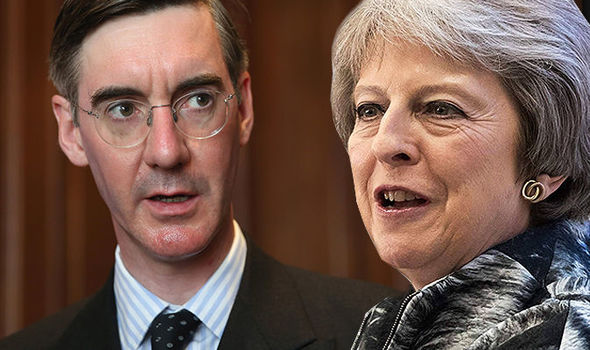 Brexit news: Theresa May is desperate to avoid a Tory leadership coup

In his resignation letter to the Prime Minister, Mr Mann wrote: “I fear the elements of the Brexit white paper will inevitably put me in direct conflict with the views expressed by a large section of my constituents.

“I am not prepared to compromise their wishes to deliver a watered-down Brexit.”

Mrs May accepted the amendments after talks with Jacob Rees-Mogg and Sir Bernard Jenkin, leading figures in the backbench European Research Group, yesterday.

The amendments were tabled by the pair along with former Cabinet minister Priti Patel and Iain Duncan Smith.

The quartet had been leading critics of Mrs May’s Brexit plan, which proposed a “common rulebook” with the EU covering trade in goods after Brexit.

READ  How much money has the Government given Tier 3 areas? | UK | News (Reports)

One of their proposed amendments demanded that the EU should collect British tariffs on imports in exchange for a commitment in the plan for UK border officials to collect EU tariffs in a scheme to avoid extensive customs checks at the Irish border.

Another amendment demanded that a future customs union with the EU can only be set up with approval by Parliament.

Other amendments also sought to enshrine in law a commitment that Northern Ireland will not be treated differently from the EU and a promise that the UK will not become part of the EU’s VAT regime. 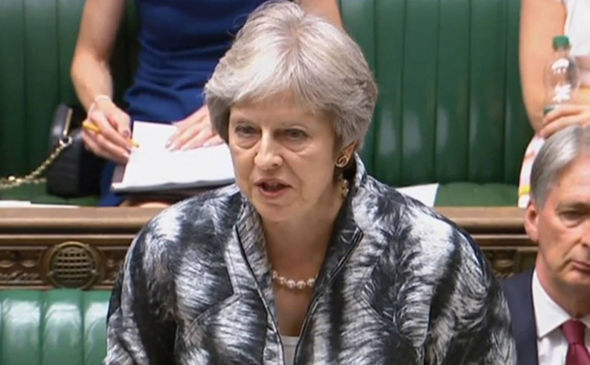 Brexit news: Theresa May has avoided a humiliating defeat in the Commons

A spokesman for the Prime Minister said: “We are accepting them because we think they are consistent with the white paper we published last week.”

Senior Tory MP and leading Eurosceptic Sir Bernard Jenkin said: “These amendments were only ever about clarifying Government policy, that the UK will not join a customs union with the EU, nor agree to split Northern Ireland from the UK for customs purposes, that we are leaving the EU VAT regime, and any customs arrangement with the EU is not one-sided.

“By accepting these amendments, the Government does no more than confirm our understanding of stated Government policy.”

Ms Patel, who tabled the amendment calling for reciprocal action on collecting tariffs, said the Government’s acceptance was “constructive”.

But fellow backbencher Peter Bone, another signatory to the amendments, described yesterday’s events as a “shambles” and called for the entire Brexit plan agreed at Chequers to be dropped.

He said: “I can’t possibly dress it up in any other words than it’s an absolute shambles and a self-inflicted shambles by Number 10.”

But the Government’s acceptance of the amendments enraged pro-Brussels Tories last night.

In angry clashes in the Commons, former business minister Anna Soubry said: “It is my firm view that it is deeply regrettable that this Government has accepted those amendments even though they cleary seek to undermine if not regret the great advances that have been made in this white paper.”

READ  Attacks on freedom of opinion and expression and media freedom in Belarus: UK statement

She claimed that Mr Rees-Mogg and his Eurosceptic allies were now “running Britain”. 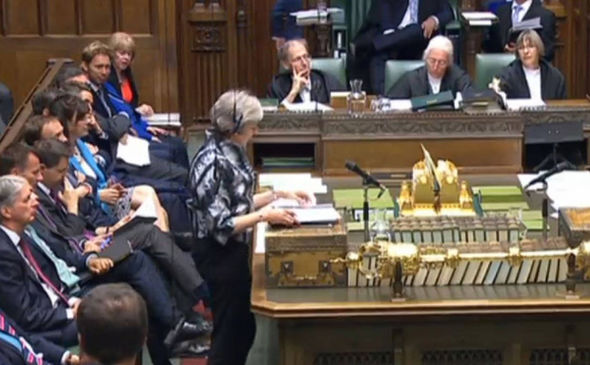 Brexit news: The Government may bring forward the summer recess in a bid to avoid a coup

Ms Soubry said the Government was “frightened” of about 40 “hard, no deal Brexiteers” who should be “seen off”.

She told the Commons: “Members on the frontbench and across this place should be shaking their heads with shame – this is the stuff of complete madness.

“And the only reason that the Government has accepted these amendments is because it is frightened of somewhere in the region of 40 Members of Parliament – the hard, no deal Brexiteers, who should have been seen off a long time ago and should be seen off.

“These are people who do not want a responsible Brexit, they want their version of Brexit – they don’t even represent the people who actually voted Leave.

“The consequences of this are grave, not just for our country but also for this party.”

Labour MP Stephen Kinnock accused the Prime Minister of “dancing to the tune” of the European Research Group.

Mrs May was “capitulating” and her plan was “dead in the water”, he said.

But Mrs May insisted the amendments do not change the blueprint agreed at her country residence.

She told MPs: “He is absolutely wrong in his reference to the agreement that was reached at Chequers, I would not have gone through all the work that I did to ensure that we reached that agreement only to see it changed in some way through these Bills.

Ministers were last night understood to be considering an attempt to start the Commons summer break early in an attempt to shore up the Prime Minister’s position.

Whitehall insiders said a plan to table a motion calling for the house to rise on Thursday could be tabled for MPs to vote on within days.

It was cut short the sitting, which had been due to run until next Tuesday, giving less time for Tory plotters to gather support for a motion of no confidence in the Prime Minister.

One MP said the move was being “actively considered” while a Whitehall source said: “It might be possible.”

A Labour source said of the early summer recess plan: “Theresa May sounds like she is running scared of her own MPs. She’s caved in to Brexiteers meaning her Chequers negotiation has not lasted a week.

“Now we find out she wants Parliament to rise nearly a week early so there can’t be time for a vote of no confidence. She’s in office but not in power.”

As MPs began voting on the Customs Bill last night, the Government saw off two attempts by Labour to amend the legislation.

MPs voted by 316 to 289 against making tariff-free access to the EU an objective in the negotiations, and by 316 to 291 against an attempt to give the Commons powers to set the levels of import duties.

The Government survived a rebellion by pro-Brussels Tories by the narrow margin of just three votes last night.

MPs voted by 305 to 302 in favour of former Cabinet minister Priti Patel’s amendment demanding that HMRC will not be allowed to collect tariffs on behalf of the EU without a reciprocal agreement.

Opponents claimed the measure will effectively wreck a key part of Mrs May’s customs plan because the EU has already said it will not collect tariffs on behalf of the UK. 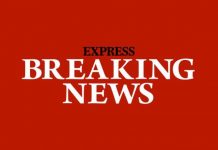 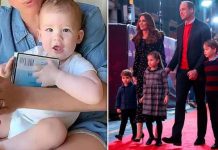 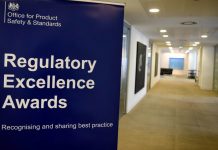