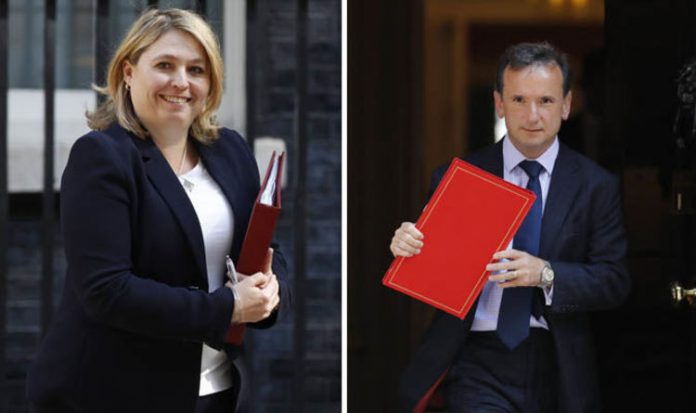 The Cabinet meeting was also held against a backdrop of further Brexit chaos in Westminster, with warring Government factions claiming a new third EU customs solution has – or has not – been proposed.

This Brexit division will come to a head on Friday when Mrs May gathers her Cabinet at Chequers, the Prime Minister’s official countryside repeat, for a meeting to thrash out the Government’s blueprint for Brexit.

The whole Cabinet will be at the Buckinghamshire venue with ministers kept at the mansion until they have reached agreement on what it wants its future relationship with the European Union after Brexit to look like.

This includes issues relating to customs and trade which have triggered furious rows within the Tory ranks.

On customs, two models have been considered by ministers: the “maximum facilitation” system favoured by Brexiteers, which would use technology to help reduce friction at the border, and the “customs partnership” where the UK would collect duties on behalf of the EU.

Because of problems with both models, a “third way” may now be under consideration, although details are scant on what the compromise could be.

The Prime Minister has ruled out remaining in the single market, but fundamental questions need to be resolved about how far the UK will deviate from the standards set by Brussels.

Businesses fear that if domestic rules after Brexit stray too far from those set by the EU, it will hamper their ability to work and trade in those markets.

But some Brexiteers favour divergence, arguing that it will enable the UK to compete on the global stage and slash red tape. They question what the point of leaving the EU will be if the UK remains bound by rules over which it no longer has a say.

Mrs May has so far managed to hold together the mix of Brexiteers and former Remainers in her Cabinet, but descending from the fence on one side or the other of the debate is likely to strain that fragile truce.

A further slice of Brexit fudge is a possibility, but the Prime Minister has promised the White Paper that will emerge after the talks “will set out detailed proposals”.

Tensions are undoubtedly running high. Foreign Secretary Boris Johnson could face a difficult decision if the Cabinet comes down in favour of close alignment with EU rules and the “customs partnership” model.

On the other hand, Chancellor Philip Hammond and Business Secretary Greg Clark would resist any Brexit deal which would hit jobs and the economy.

A White Paper setting out the Government’s blueprint for Brexit will be published next week. Mrs May wants talks with Brussels to “intensify and accelerate” once it is produced.

EU leaders, who have been frustrated that it has taken the UK Government so long to set out its plan, called for “realistic and workable” proposals.

Decisions on a deal are expected to be taken at October’s EU summit – although there is also the possibility of an emergency meeting in November if agreement cannot be reached.