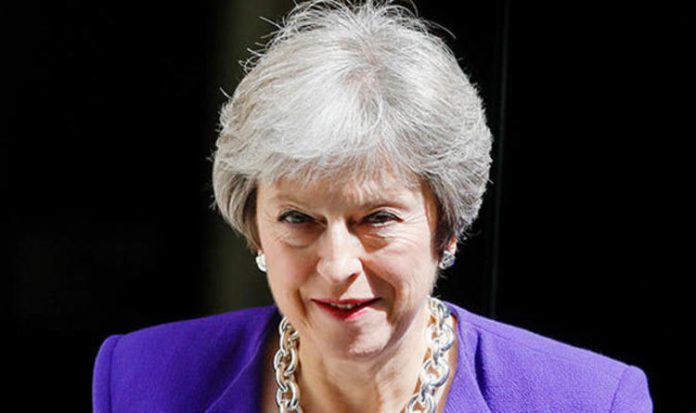 Her summons followed concerns at Number 10 that Brexit-backing ministers are at loggerheads with pro-Brussels Chancellor Philip Hammond.

EU Exit Secretary Dominic Raab and his predecessor David Davis both hit out at Treasury forecasts for the economy after a no-deal Brexit yesterday.

An instruction to prepare for the Cabinet summit was sent out last Friday after Mr Hammond sparked a fresh row by warning that a no-deal Brexit could wipe 10% of the country’s national income.

And the row escalated yesterday when Mr Raab dismissed the Treasury’s economic forecasts as unreliable.

In a newspaper interview, he said: “I’m always chary of any forecast because most of them have been proved to be wrong.”

Without naming Mr Hammond, the EU Exit Secretary added: “We need to treat some of the forecasts with a measure of caution.”

He also pointed out that recent official estimates of GDP growth next year “have been revised up”.

Mr Davis, who quit the Cabinet in protest at Mrs May’s Brexit plan, yesterday described the Treasury as the home of “misery merchants”.

In a newspaper article, he said the forecast quoted by Mr Hammond was “either spectacularly incompetent or deliberate”.

He added: “I know what I think. It was an attempt to frighten the population into imagining the most terrible consequences of leaving the EU without a deal.”

Mr Davis described the Treasury intervention as “disgraceful” and warned it could “undermine the Government hand in striking a deal with the EU”.

He added: “My advice to all my old colleagues in Cabinet is simple – ingore the misery merchants of the Treasury, stop fearing things that will never happen and start planning for the real opportunities that this great country can grasp when it sets its mind to it.”

Last Thursday, Mr Hammond was accused of launching a “dodgy Project Fear” when he suggested that GDP could fall and borrowing could be around £80 billion a year higher by 2033/34 under a scenario in which Britain resorted to World Trade Organisation (WTO) terms after a no-deal Brexit.

The timing of his remarks – in a letter to pro-Brussels Tory MP Nicky Morgan – enraged several colleagues, coming on the day when Mr Raab was unveiling the first in a series of 84 technical notices detailing Government preparations for a “no deal” Brexit.

The Chancellor said that his initial January analysis on GDP and borrowing was undergoing a “process of refinement” ahead of a parliamentary vote on any deal, noting scenarios which have higher barriers to trade with the EU are expected to have a “more damaging effect” on the economy and public finances.

He also defended the Government’s preferred approach, which was outlined in a White Paper following a Cabinet summit at Chequers, by saying the economic and fiscal impacts of this would be “substantially better” than no deal.

Prince Harry asked brutal question after ‘heartbroken’ claim – ‘Why did he do it then?’ | Royal | News (Reports)