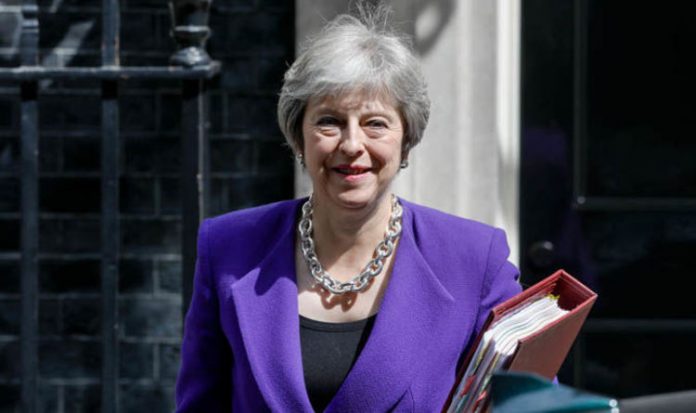 Under questions from senior MPs on a cross-party Commons committee, the Prime Minister confirmed that work on measures needed to protect the economy and borders in the event of the EU exit negotiations collapsing is to be drastically stepped up over the summer.

“Over August and September we are going to be releasing a number of technical notifications to set out what UK citizens and businesses need to do in a no deal scenario, so making much more public awareness of the preparations,” she told the Liaison Committee, which is made up of the chairman of all Commons Select Committees.

She added: “We imagine there are going to be around 70 of those technical notices that will be issued.”

But Mrs May rejected claims from MPs on the committee that a “no deal” outcome to the talks was becoming more likely following the row over her Brexit plans this week.

Tory MP and Liaison Committee chairwoman Sarah Wollaston told her: “It looks as if we are getting closer to the possibility of no deal.”

Mrs May replied: “I don’t believe that is the case.”

The Prime Minister added: “If we are in a no deal scenario then we will lay out the consequences for the public. What we are doing at the moment is working for a deal.”

She also insisted that the “majority” of border measures needed for her customs plan could be in place by December 2020 when the UK’s post-Brexit transition out of the EU ends.

Speaking at Prime Minister’s Questions in the Commons, he urged her to “give instructions that every communication related to no deal serves to bolster our negotiating position by reinforcing the credibility and feasibility of those contingency plans.”

Mrs May said: “He is absolutely right that we need to make sure that we have those no deal preparations in place while we negotiate with the European Union on a deal, because we need to ensure that we have made contingency arrangements for every eventuality.

“Also, the European Union needs to be in no doubt that we are making those preparations and are ensuring that, should that be the outcome, we are prepared.”

Also at Prime Minister’s Questions, former EU Exit Secretary David Davis pressed Mrs May to publish a Whitehall draft EU treaty being drawn up by officials at the Department for Exiting in the EU on the basis of the bloc’s other trade treaties with countries around the world including Canada, Switzerland, South Korea, New Zealand and Japan.

“The Department was—until I left, at least—creating a legal text of such a draft treaty as a fall-back option for the current negotiations. Will she agree to publish that text when it is complete?” he asked.

She replied: “What I want to see is not just an amalgam of those free trade agreements but an ambitious plan—which is what I believe we have produced—that will protect jobs in this country, deliver on the referendum result and, crucially, ensure that we have no hard border between Northern Ireland and Ireland.”